A former Maryland prison inmate, Adnan Syed, has been hired by Georgetown University to work in its Prisons and Justice Initiative program. Syed, who was released in September after 23 years behind bars, will now teach students to investigate decades-old wrongful convictions as well as create short documentaries on cases so that wrongfully incarcerated persons could be released. 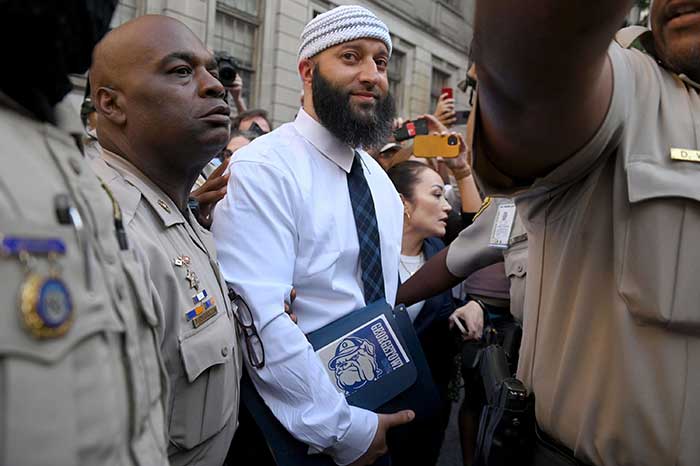 The 41-year-old was wrongfully convicted for the 1999 killing of his former girlfriend, high school student Hae Min Lee. He maintained his innocence throughout his time in prison, but his conviction was overturned when prosecutors told the Baltimore Circuit Court that based on new evidence, Syed must have been innocent and two persons related to the case may have been the actual suspects.

Although either of the two new suspects is believed to have committed the murder Syed was wrongfully incarcerated for, their potential guilt was not ruled out while the investigation lasted in 1999, but this was not disclosed to the defense. The office of the Baltimore State attorney, Marilyn Mosby, cited new DNA evidence obtained through modern techniques in which Syed was excluded as a suspect.

When the trial lasted 22 years ago, the case generated global attention after Serial, a true-crime podcast, covered it on TV in 2014. The podcast examined the evidence and submitted that Syed was innocent and that certain evidence that could have vindicated him was not admitted in court.

Georgetown University said in a statement that Syed’s work in the criminal legal system will help people to return home from prison. “PJI’s team and programming have so much to gain from Adnan’s experience, insight, and commitment to serving incarcerated people and returning citizens,” the university stated. Syed, who has begun studying at the university, expressed joy at studying and having to work as a staff at the institution, saying it is a lifetime opportunity that he will never pass up for anything.

“To go from prison to being a Georgetown student and then to actually be on campus on a pathway to work for Georgetown at the Prisons and Justice Initiative, it’s a full circle moment,” Syed disclosed. “PJI changed my life. It changed my family’s life. Hopefully, I can have the same kind of impact on others.”