A study published in the journal Current Biology reveals the discovery of a type of Chlamydia on the seafloor of the Arctic Ocean. The newly discovered marine chlamydia bacteria is the biological cousin of the type that is sexually transmitted and disease-causing in human beings. 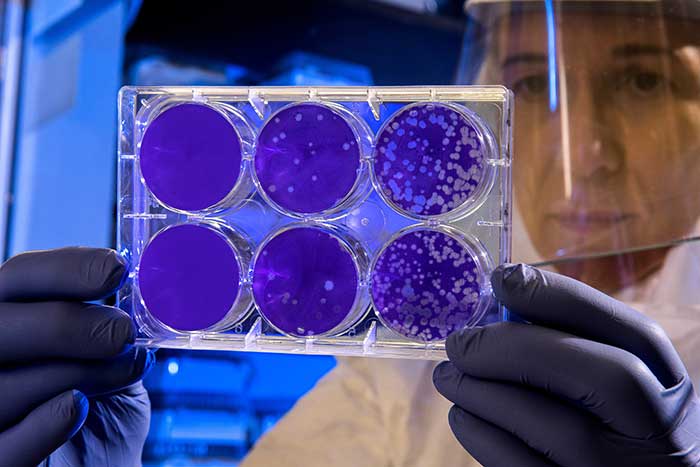 According to the US Center for Disease Control and Prevention, about 2.9 million get infected with chlamydia every year in the United States. The variant that causes sexually transmitted infections however is the Chlamydia trachomatis bacteria.

The bacteria were found near hydrothermal vents between Iceland and Norway in a location known as Loki’s Castle. They were discovered about two miles below the surface of the Arctic Ocean where any form of life is almost impossible, making the researchers believe the bacteria is important in maintaining the marine ecology where they are found.

“The environment they live in is extreme, without oxygen and under high pressure, this makes growing them a challenge,” said Daniel Tamarit, a researcher in the Netherlands. “This group of bacteria could be playing a much larger role in marine ecology than we previously thought. The new research … shows that chlamydiae can be found in the most unexpected of places.”

The scientists are interested in studying these new chlamydia bacteria so that they can understand how it evolved to the point of causing STIs in people. They also want to understand how the bacteria are able to survive in the extreme environment devoid of oxygen and other life forms where it is found without inhabiting any hosts.

“Even if these chlamydiae are not associated with a host organism, we expect that they require compounds from other microbes living in the marine sediments,” said senior study author Thijs Ettema of Wageningen University in the Netherlands.

Jennah Dharamshi, a Ph.D. student at Uppsala University in Sweden, said new groups of microbes which are new to science turn up when scientists explore new zones, indicating just how much is still left to discover.

“Finding chlamydiae in this environment was completely unexpected, and of course begged the question what on earth were they doing there?” Dharamshi wondered.