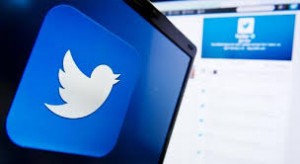 Even though freedom of speech is a constitutional right, things on social media sites like Twitter have gone too far. Although abuse and threats are nothing new, in the past year this has become an increasing problem. For that reason, Twitter is cracking down by unveiling a new filter that will automatically stop users from viewing any type of threatening message.

With this filter, all notifications, to include the timeline of messages directed to an individual, will be filtered. The goal is to stop Twitter users from being confronted by messages deemed abusive. In addition, Twitter will not ban all indirect threats of violence and temporarily suspend accounts that fail to follow the new policies.

While changes have been in the works for some time, the process of implementing changes sped up following a leaked memo from Dick Costolo, the company’s chief executive. In the memo, Costolo was blunt in stating that Twitter had done a horrible job at dealing with abuse and trolls. He also wrote that the company had failed in this area for years.

In the memo, Costolo admitted to being ashamed of just how poorly the company had dealt with the issue of threats and abuse while under his leadership. He admitted there was no excuse and that he personally would take responsibility for not being more aggressive in protecting users.

With Costolo determined to make things better and safer for Twitter users, the new filter is being introduced. With this, tweets going to an individual and from an account that was only recently registered and contain language similar to messages flagged previously will automatically be eliminated from the user’s mentions column. Although the tweet will still be on the service and not deleted, this protects the targeted user from abuse.

In order for the filter to detect a threat or abuse, multiple context and signals are taken into account, those that are most often associated with abuse. A few examples include the age of the account and similarity of a tweet to other content the safety team has identified as being abusive in the past.

According to Shreyas Doshi, head of product management for Twitter, being able to view content will not be disrupted if it has been explicitly sought out like tweets coming from accounts a person follows. However, it will reduce the amount of potential harm that comes from content that is threatening or abusive.

Along with the new filter, two additional policy changes are being rolled out by Twitter. The first one rules against making threats, which consists of direct and/or specific threats of violence to an individual. As part of this new rollout, prohibition extends to threats of violence others or promoting violence.

The second policy change is a new tier of sanction for anyone fails to follow the rules. Initially, Twitter would ban an account or take no action at all but now, temporary suspensions of an account will be imposed for users that a full ban does not warrant.