Home » Headlines » World » Trump Orders Withdrawal of 9,500 Troops from Germany; Reps Fire Back At Him

Trump Orders Withdrawal of 9,500 Troops from Germany; Reps Fire Back At Him

President Donald Trump has ordered the withdrawal of 9,500 US troops from Germany, reducing the number of US troops in the European country to 25,000. The move has got representatives and senators firing at him, but the White House stated that the order has nothing to do with the president’s recent disagreements with German chancellor Angela Merkel. 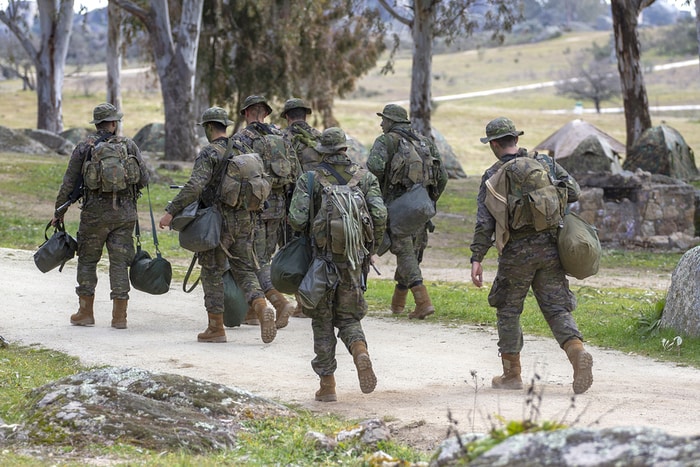 Chancellor Merkel derailed Trump’s resolve to host the G7 conference this month of June, and many security analysts believe Trump pulled US troops from her country in revenge. National Security Council spokesman John Ullyot clarified that Trump’s action was not in pursuit of a personal vendetta against Merkel, but that the Pentagon had been working on withdrawing US troops from Germany since September last year.

Ullyot said General Mark Milley, chairman of the Joint Chiefs of Staff and America’s top military officer, had been working since last year to facilitate the return of the troops. He added that some of the 9,500 withdrawn troops will be sent to Poland and other ally countries while the remaining will return home to the United States. He pointed out that the NATO alliance led by the US has been spending a lot on defense in recent years and there is no need to keep a contingent of 34,500 US troops in Germany.

However, US lawmakers have slammed the president for leaving the nation’s allies in the lurch and imperiling the achievements the country had attained in Europe. Representative Liz Cheney said the decision of Trump to withdraw the soldiers was misguided and dangerous for the stability of the US’ interests in Europe given Russia’s dominance in the region.

“This is a dangerously misguided policy,” Cheney said. “If the United States abandons allies, withdraws our forces, and retreats within our borders, the cause of freedom—on which our nation was founded and our security depends—will be in peril.”

Although national security adviser Robert O’Brien is credited with spearheading the troop’s withdrawal, lawmakers maintain it would sour the relationship with Germany and embolden Russian President Vladimir Putin to wield more control in the region.

“Vladimir Putin must be delighted that the American president is gutting our own deterrent against Russian aggression in Europe,” said Rep. Eliot Engel, chairman of the House Foreign Affairs Committee. “And the President’s insulting dismissal of one of our most important relationships because of a personal vendetta confirms that he lacks moral leadership, respect for our allies, and understanding of our national security interests.”

Sen. Jack Reed also spoke out against the withdrawal, saying it is in Putin’s favor and underscores Trump’s incompetence with international relations.