A new CDC report shows that Americans are dangerously inhaling, ingesting, and rubbing their skin with bleach and cleaning agents to kill coronavirus. The report by the health agency showed that 39% of 502 survey respondents practiced dangerous and often fatal behaviors of using household cleaning and disinfectant solutions because they are desperate to stop the spread of COVID-19. 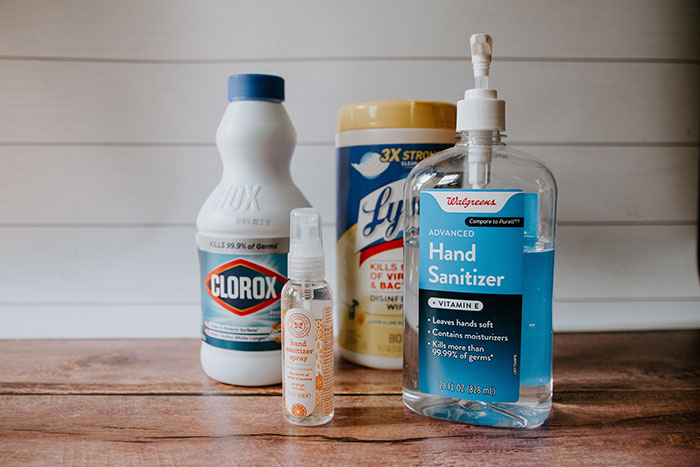 The CDC initiated the survey when the National Poison Data System reported that there was a sharp increase in the number of calls from people who wanted to know if it was okay to inhale, ingest, or rub cleaning solutions into the skin. Several poison centers reported that between March 2019 and March 2020 as well as April 2019 to April 2020 witnessed unprecedented calls about the non-recommended use of household disinfectants.

The CDC survey showed that many Americans do not know how to safely prepare or mix disinfectants and cleaning products while guaranteeing personal safety. Some dangerously said that bleach can be mixed with vinegar and several said bleach and ammonia can be mixed – a combination that produces chloramine, a harmful gas that kills people.

To make matters worse, several people called in to inquire if mixed cleaning solutions or disinfectants can be sprayed on apples before consuming them or used to gargle or even bathe kids. A caller who watched President Donald Trump ask his aids on drinking bleached asked the best way to consume it to prevent contracting COVID-19.

The president’s public comments about personally applying cleaning solutions to prevent coronavirus have spurred many states as well as manufacturers of bleach and other household disinfectants that they must not be ingested or even used to gargle or steam for any reasons. Many people have accidentally poisoned themselves or others by mixing chemicals, rubbing them, and using them to spray food packages.

Health authorities also constantly warn that household chemicals and even drugs should not be kept within the reach of children since they could accidentally consume them to their own hurt.

The major takeaway from the CDC report is that many Americans do not know the inherent dangers in using cleaning solutions to prevent coronavirus and they are ignorant that possible death and hospitalization may occur from the non-recommended use of the products.

US Navy Veteran Michael White Incarcerated In Iran Released After Negotiations < Previous
Trump Orders Withdrawal of 9,500 Troops from Germany; Reps Fire Back At Him Next >