The Future of Robotics: 3-D Printed Robot with Soft and Rigid Components

Scientists have created a 3-D printed robot that is made with a rigid core and a soft exterior. A robot that transitions from a soft outer layer to a hard, metal core is the first of its kind and represents a significant development in the field of robotics, as it could lead to faster and more agile robots that can better function alongside humans.

Scientists at Harvard University and the University of California-San Diego collaborated on the creation of the robot, which is powered by a mix of butane and oxygen. What distinguishes this robot from others and potentially makes it a sign of the future of robotics is the way it combines soft and rigid components. 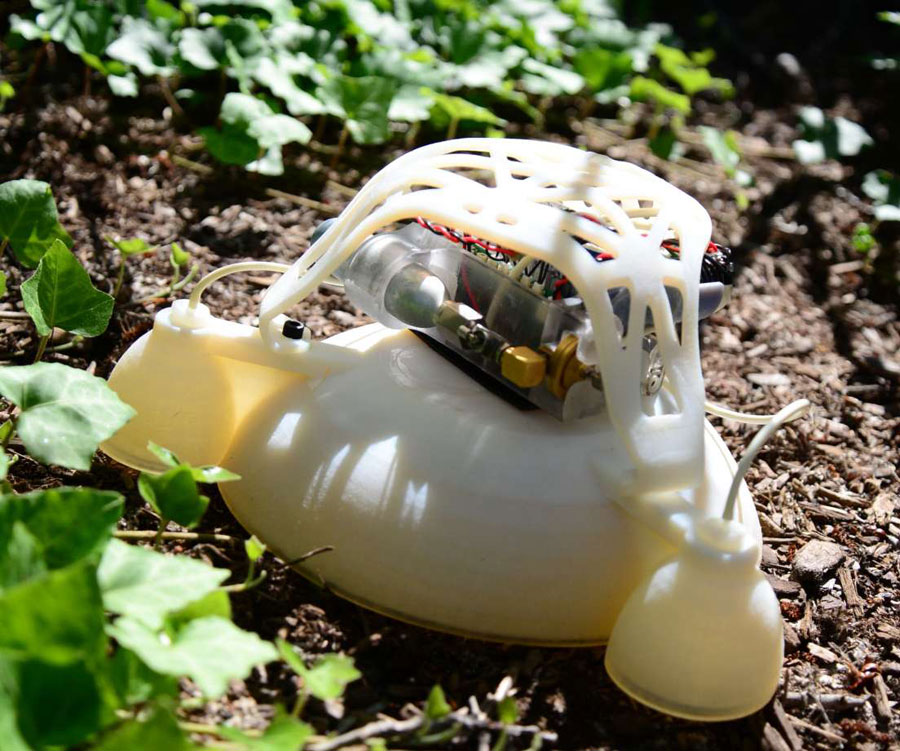 Soft robots tend to be slow, but integrating rigid components improve their structural integrity and allow them to move faster, while at the same time making them safe to work with humans. The rigid layers of the robot work well with the electronic bits, and the softer layers help to absorb damage.

During testing, the robot was able to jump more than 100 times, showcasing its movement capabilities, while it survived 35 falls from a height of nearly four feet. As a comparison, a rigid body robot survived a mere five total falls from a similar height.

Frogs and other sea life creatures such as octopi and shellfish have inspired the shape of the robot. Nicholas Bartlett, a PhD student at the Harvard Micro-robotics Laboratory explains, “The octopus has an almost entirely soft body, but a rigid break,” adding, ”why not take tried-and-tested designs and use them for inspiration for our machines?”

The potential applications for robots that have both soft and rigid components include space exploration and search-and-rescue operations. Bartlett says, “These are unpredictable environments, and a soft robot that can bend and adapt to such environments and put up with a lot of punishment could be really useful.”