US intelligence reveals that Russia is planning a possible invasion of Ukraine as early as next year. US satellite images and secret documents show that Moscow is presently moving about 175,000 troops and military equipment to its border with Ukraine to facilitate easy invasion if President Vladimir Putin gives the orders. 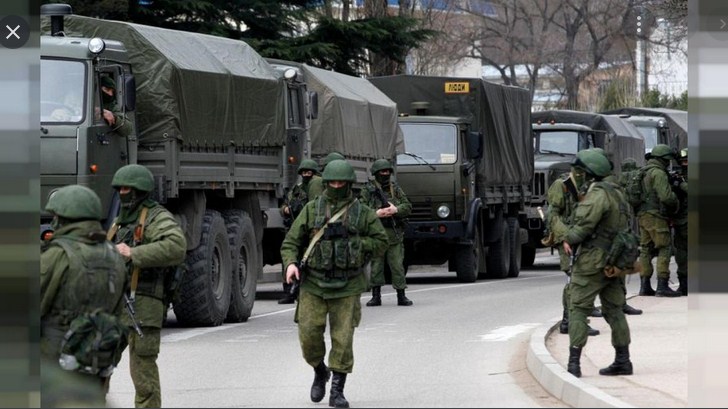 The Biden administration has made it clear that there will be serious consequences for Russia if Moscow invades Ukraine.

Putin said the only condition for not invading Ukraine is if the United States guarantees that Ukraine will not join NATO and that the North Atlantic security organization will not conduct any military actions around Ukrainian territory. The Russian leader said Washington must sign written “precise legal, judicial guarantees” that Ukraine and Georgia will not join NATO and that the organization must cease all military activities close to Russian borders.

White House Press Secretary Jen Psaki said Putin’s demands cannot be met because the United States will never provide the guarantees he is seeking. He said it is not Washington or Moscow that decide who should join NATO, and that the Kremlin is only looking for an excuse to attack Ukraine and Georgia.

“NATO member countries decide who is a member of NATO, not Russia,” Psaki stated. “That is how the process has always worked and how it will proceed. I think it’s important to remember where the provocative action is coming from. It’s not the United States. It’s not Ukraine.”

Putin also alleged that the bombers the United States is flying over the Black Sea and US missile defense systems in Poland and Romania pose a threat to Russia’s interests. He also said NATO has missiles in Ukraine that can reach Moscow in 10 minutes, a development he found provocative. To this end, US intelligence said Putin is deploying “100 battalion tactical groups with an estimated 175,000 personnel, along with armor, artillery, and equipment” for a buildup against Ukraine.

A top American official said Russia has moved about 70,000 troops to its borders with Ukraine and activated 100,000 contract reservists to boost the armed forces. Washington is concerned that the “sudden and rapid” mobilization of the reservists, as well as the movement of heavy equipment, shows Russia is getting set to hit Ukraine at a moment’s notice.

“We don’t know whether President Putin has made the decision to invade,” said US Secretary of State Anthony Blinken. “We do know that he is putting in place the capacity to do so on short order should he so decide. We must prepare for all contingencies.”

President Joe Biden said there will be significant economic and military consequences for Russia if Putin goes against Ukraine. He said he is putting structures on the ground to help Putin change his mind against what he may be planning to do.

“What I am doing is putting together what I believe to be, will be the most comprehensive and meaningful set of initiatives to make it very, very difficult for Mr. Putin to go ahead and do what people are worried he may do,” Biden said on Friday.