South African authorities have revealed that children under the age of 5 are getting hospitalized at an alarming rate for omicron – the newest COVID-19 variant. Dr. Waasila Jassat of South Africa’s National Institute for Communicable Diseases said omicron is spreading faster than the previous delta strain of the virus. 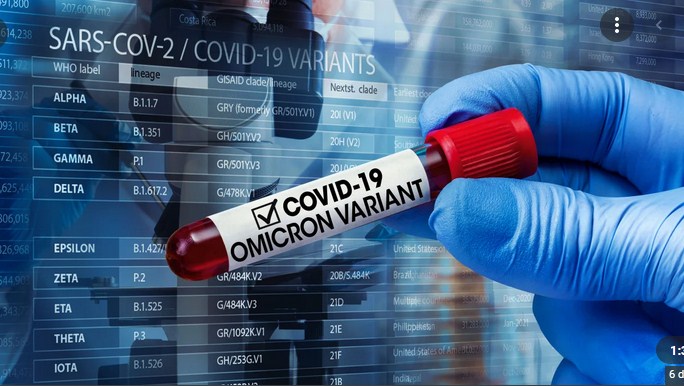 Jassat said it is more worrisome that children are getting infected with the disease and getting hospitalized across South Africa. She said the rate of infection among kids under the age of five is the highest, followed by the rate among people who are above 60 years of age. She said teenagers between the ages of 15-19 were most affected during the third wave of the pandemic, but the current fourth wave is affecting all age groups, and most notably those below five.

“The incidence in those under 5 is now second-highest, second only to those over 60,” Jassat said. “The trend that we’re seeing now, that is different to what we’ve seen before, is a particular increase in hospital admissions in children under 5 years. In the third wave, we saw more admissions in young children under 5 and in teenagers 15-19; and now, at the start of this fourth wave, we have seen quite a sharp increase across all age groups, but particularly in the under 5s.”

The government medical adviser stated that the fourth wave commenced from November 14 – 27 and that more than 100 children under the age of 5 got admitted to hospitals in Tshwane Metro city within two weeks of this wave. She compared this number to less than 20 children admission occurring within the first two weeks of the third wave in May.

Jassat admitted that many adults are getting COVID-19 vaccination, but many of their children are coming down with the disease. She also noted that in a particular case, several children between the age of 12-18 were admitted and that their parents were not vaccinated. She however revealed that children below the age of 12 are not eligible for vaccination, but that it might be possible for children to enjoy some immunity where their parents are inoculated.

Health Minister Joe Phaahla said more than 42% of adults in South Africa have received at least one vaccination shot and added that the omicron “variant is indeed highly transmissible, including in people who have already been vaccinated.” He added that the rate of infection climbed from below 2% two weeks ago to 22% today, and urged everyone to get vaccinated.

Phaahla also slammed western nations who have placed travel restrictions on people coming from South Africa on account of the new omicron variant. He said the “travel apartheid…undermine international cooperation and solidarity” and that countries will not like to report new mutations for fear of being restricted for travel purposes.