LONDON – Scientists have found a surprising discovery inside a 75 million-year-old dinosaur fossil. The Cretaceous Period fossils were found in Alberta, Canada more than 100 years ago and have been in a London’s Natural History Museum ever since. But after taking a closer look at the fossils, scientists discovered red blood cells and collagen, a protein that makes up connective tissue.

The findings of this fossil were published Tuesday in the journal Nature Communications. The study involved looking at eight fossil fragments, one of which was a dinosaur claw that contained what researchers believed to be red blood cells. Other fossils from the same collection appeared to contain collagen. The discovery was quite surprising, as this particular fossil was not well maintained and in most instances only well-preserved fossils contain detectable soft tissue. 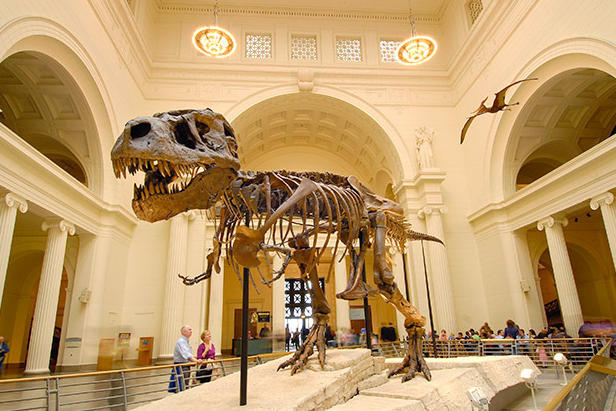 Sergio Bertazzo, the author of the study from Imperial College London, says that more research is necessary to confirm their findings, but that the tissue structures they’ve uncovered bear a strong resemblance to red blood cells and collage fibers. Confirmation could lead to better insight into the life and evolution of the dinosaurs. The collage in particular is seen as a “fingerprint” and could give scientists more information about how different species of dinosaurs are related to each other.

Another one of the study’s authors, Susannah Maidment, says the study, “is helping us to see that preserved soft tissue may be more widespread in dinosaur fossils than we originally thought,” explaining that its presence in such a poorly-preserved fossil indicates that other fossils may offer “useful pieces in the dinosaur jigsaw puzzle to help us understand in more detail how dinosaurs evolved into being warm blooded creatures.”

Maidment was also quick to deter any thoughts that this discovery may bring any elements of science fiction to life. She says, “We would not be able to reconstruct a dinosaur ‘Jurassic Park-style’ because we would need the complete genome.”