Home » Headlines » World » Raul Castro Steps Down; to Hand Over to a Younger Generation with Anti-Imperialist Spirit

Raul Castro Steps Down; to Hand Over to a Younger Generation with Anti-Imperialist Spirit

Raul Castro is stepping down as the most powerful man in the communist island nation of Cuba. Castro is the leader of the Communist Party and took over the leadership of the country after his brother, Fidel Castro, died in 2016. He had earlier announced in 2018 that he would resign as the political leader of the country in 2021, and he had designated President Miguel Diaz-Canel to replace him when he steps down, NBC News reports. 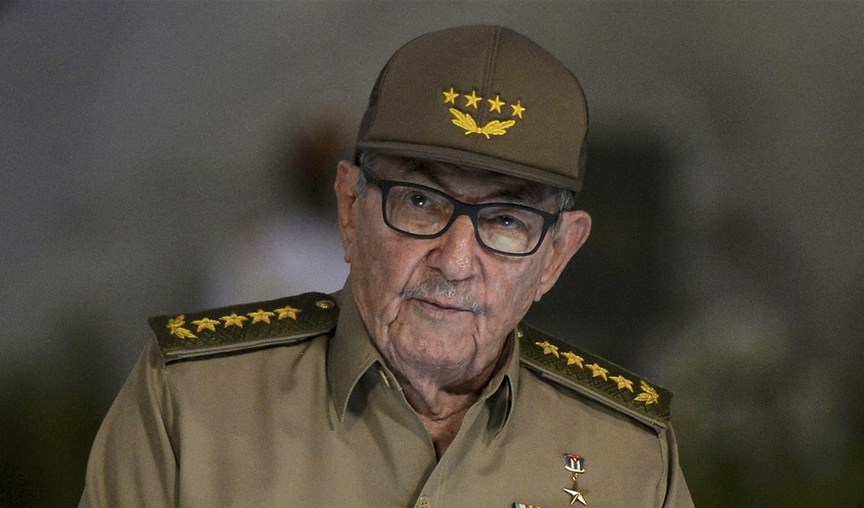 Without specifically mentioning Diaz-Canel, Castro will be handing over the reins of the government to a younger generation of leaders who are “full of passion and anti-imperialist spirit.” He said he will remain in the background to defend his fatherland if need be, and this assertion is fueling the idea that the outgoing Communist Party leader will remain the most powerful man in the country until his death.

“I believe fervently in the strength and exemplary nature and comprehension of my compatriots, and as long as I live, I will be ready with my foot in the stirrups to defend the fatherland, the revolution, and socialism,” Castro stated.

According to the aged leader who will clock 90 in June, Castro said he has “fulfilled his mission and confidence in the future of the fatherland” when he told party leaders that he will be stepping down. It is not expected that any of Castro’s children or that of Fidel Castro will take up a leadership position in government, CNN revealed.

Alejandro, Raul Castro’s son, is a military officer in the Interior Ministry, and his daughter Mariela promotes LGBTQ rights at a government institution in the country. Gen. Luis Alberto Rodriguez Lopez-Callejas, Castro’s son-in-law, heads a military enterprise that manages hotels, marinas, and infrastructure projects owned by the government.

Even if President Diaz-Canel becomes the political leader of the Communist Party, many Cubans are not expecting many reformations from the former electrical engineer who led local government areas before becoming minister of higher education and then vice president and president. He had made it clear in 2018 that he believed in continuity and will always pursue continuity in the communist ideologies of the country.

Meanwhile, a professor of history at the University of Havana, Fabio Fernandez, said it is important for the government to implement radical political reforms without necessarily forsaking its socialist ideology. “A new concept of Cuban socialism is what we need to adapt because the old one no longer works,” he said.