Twitter and Facebook and other social media were blocked for four hours in Pakistan on Friday on the orders of the Interior Ministry following massive protests in Lahore. Although the government media regulatory agency did not give reasons for blocking social media in the country, analysts believe it is not unconnected with the demonstrations by radical Islamists. 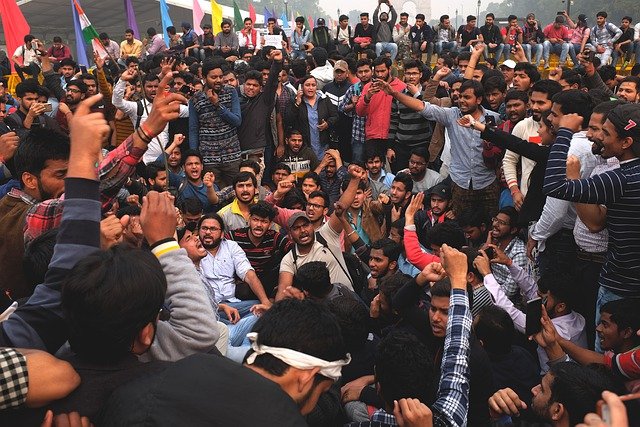 The extremists are protesting the drawing and publication of cartoons that depict Prophet Mohammed in France. The radicalizes consider the publication of the cartoons as blasphemous and staged a massive protest that saw the killing of four police officers and injury of 600 demonstrators. The protesters are demanding that the government ban French products and take action against French citizens in the country.

France has urged its citizens to leave Pakistan immediately.

In a bid to reduce the intensity of the protest and placate the demonstrators, the government released a note which they said was handwritten by Saad Rizvi, the detained leader of the Tehreek-e-Labiak Islamic political party whose followers are the main protesters in the ongoing demonstrations. With the proscription and arrest of Rizvi, the government believed that a handwritten note from the detainee urging his followers to stand down would appease the protesters and restrain them.

The prime minister of Pakistan, Imran Khan, praised the policemen injured and killed in the protests, saying the violence was incited by his opponents to bring the government to its knees. With the death of three demonstrators in the protest and the ban on Rizvi’s party, the Islamic leader’s followers are saying they want to see the detainee talk to them in person or via video before they stop the protests, and would not be swayed by the letter purportedly written by him.

Law enforcement arrested Rizvi for warning the government to expel the French ambassador before April 20 or face drastic repercussions. The French government has tasked its citizens and French companies to leave Pakistan for the time being.

Since the demonstrations in Lahore began on Monday, private and public property worth millions of dollars have been damaged, and hundreds of COVID-19 patients on oxygen support are not deprived of oxygen in the ongoing protest and damage.

After the news of Rizvi’s arrest gained ground, his followers took to the street and staged sit-ins to protest the arrest. Many of the followers have sworn to lay down their lives for the outlawed party leader and to also die to protest the integrity of Prophet Mohammed. Rizvi became the leader of the Tehreek-e-Labiak Pakistan party after the death of his father, Khadim Hussein Rizvi.

Raul Castro Steps Down; to Hand Over to a Younger Generation with Anti-Imperialist Spirit < Previous
A Detailed Discussion about Staffing Agencies USA and Their Benefits Next >