A photo-journalist for Reuters, Danish Siddiqui, has been killed in a crossfire between Afghan and Taliban forces at an Afghanistan town near the Pakistan border on Friday, CNN reported. Siddiqui, a 2018 Pulitzer Prize for Feature Photography recipient, joined Reuters in 2010. He has covered war and refugees situations in Myanmar, Iraq, Hong Kong, India, and recently Afghanistan. 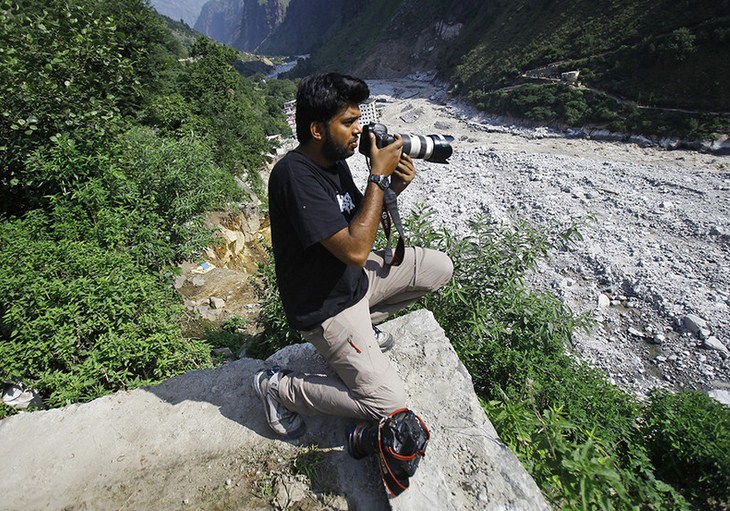 Earlier on Friday, before his reported death, Siddiqui reported that he was injured by shrapnel during the Afghan-Taliban crossfire and was recovering. He was however reported killed together with a senior Afghan officer while speaking with locals in the town. Reuters president Michael Friedenberg and Reuters editor-in-chief Alessandra Galloni expressed dismay at the news of Siddiqui’s death and called for more information regarding his death.

“We are urgently seeking more information, working with authorities in the region,” Friedenberg and Galloni said in a statement posted on Twitter. “Danish was an outstanding journalist…a devoted husband and father, and a much-loved colleague. Our thoughts are with his family at this terrible time.”

Several colleagues have expressed sadness at Siddiqui’s death, with many pouring encomiums at his character and professional expertise. Originally from India, the Press Club of India said the death of the deceased photographer is a loss to the country and journalism as a profession. “True journalism needs courage and Danish’s body of work is a testament to that, we are at a loss of words,” the press club wrote.

Financial Times’ Henry Foy said the late Siddiqui was a “brilliantly talented photographer and a wonderful former colleague” whose charm and presence lit up the room. He credited him with taking journalism to another level with his photography since he was always able to bring important issues before people’s eyes.

“Danish was a lovely man,” said Rahul Bhatia, a journalist and Siddiqui’s friend. “When he returned from assignments to the bureau, reporters greeted him like a rock star, which he really was. He was just different. The news wasn’t just news for him. He saw the people behind it, and wanted to make you feel.”

The killed photographer attended a film school where he studied photography and fired up his passion to pursue it as a life career.

“While I enjoy covering news stories — from business to politics to sports — what I enjoy most is capturing the human face of a breaking story,” he stated on Reuters profile. “I shoot for the common man who wants to see and feel a story from a place where he can’t be present himself.”