Pollution is present throughout the world and directly affects our daily lives. We find toxins in our water sources and lakes, the crops we grow and eat, and even the air we breathe. Unfortunately, these pollutants are only growing in their reach, toxicity, and dangerous after-effects. According to a study completed in 2015, the effects of airborne, water-borne, and food-borne pollution caused over 9 million deaths worldwide. This is more than three times the number of deaths from AIDS, tuberculosis, and malaria combined. 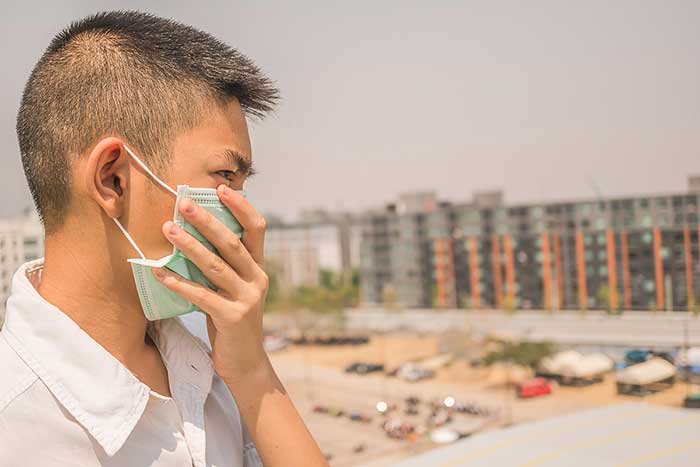 The most common types of airborne pollutants include mercury, lead, and aerosols, with the latter serving as chief of all health concerns faced by modern laborers. The World Health Organization stated that these airborne chemicals are some of the most dangerous substances on Earth, affecting thousands of homeowners, business workers, and construction laborers. Many of these airborne toxins have been linked to physical, mental, and neurological concerns that reduce the overall quality of life. For working-class adults, access to scarce and often ineffective treatment options remains lacking and expensive.

According to leading epidemiologist and pediatrician Philip Landrigan, the effects of airborne toxins will have serious and long-lasting ramifications on the entire world’s population. “Speaking on the failure to test chemicals for safety and toxicity, the late Herbert L. Needleman, a noted pediatrician and pioneer in the study of childhood lead poisoning, observed, ‘We are conducting a massive toxicological experiment in the world today, and our children and grandchildren are the unknowing, nonconsenting subjects.’” This unfortunate truth speaks to far more than just our children as it affects vulnerable populations such as the elderly, the chronically ill, and those regularly exposed through their living conditions or profession.

Construction professionals are often the first line of defense between consumers and finalized home products. However, these home products often require the use of heavy chemicals including airborne toxins. Without proper protection or equipment, these professionals are repeatedly exposed to dangerous materials which cause significant and detrimental effects to physical health.

As airborne pollutants are standardized around the world, their effects are more publicized. Chemicals are entering the public eye for the first time, and new initiatives are taking place to keep construction personnel safe. Public awareness campaigns are becoming more and more frequent, prompting policy changes in many aspects of construction life and pollution cleanup expectations. This is leading to ongoing safety and wellness standards for employees across the country, particularly subcontractors.

Scientists recommend a three-pronged program to reduce subcontractor exposure to toxic chemicals and airborne gases. Professionals believe that public activism will be a critical component of policy change. This is already being seen within major countries such as Australia, where a 30,000-signature petition demanded a cease and desist for dangerous neonicotinoid insecticides. These airborne toxins have been linked with human health defects, as well as a declining population of bees in treated areas. This has caught the attention of Mark Taylor, a studied environmental contamination expert at Macquarie University. “Now people are pressuring companies to ditch plastic or taking legal action against governments to take new measures against long-overdue air-pollution problems,” he said in an interview. “Everybody can play a role in reducing pollution. It is the cumulative impact of all our efforts that is important.”

Another step towards protecting contractors exposed to airborne pollutants is focusing on increased research efforts. As new chemicals are vetted, studied, and understood, government officials have a greater ability to ban or remove offensive compounds. More insight will be gained, and more contractors will be spared the effects of airborne pollutants in day-to-day life. As a professional pediatrician at New York University’s Langone Medical Center, Leonardo Trasande believes this approach will net many positive outcomes. “While behavioral modifications can reduce exposure, modifications in industrial practices are also likely to produce substantial reductions,” he said in a recent interview.

The fight against airborne pollutants necessitates wearing personal protective equipment (PPE) while working in at-risk and affected areas. Much like dealing with asbestos or lead-based paints, subcontractors should be wearing N95 masks, eye protection, gloves, and full bodysuits when exposed to other harmful airborne toxins. The amount of protection needed will vary according to the present airborne pollutant. Subcontractors should be sure to mask up whenever they enter an unknown job site.

According to many professionals in the field, it rests on subcontracting companies, not agencies or businesses, to source protective gear for contractors. BluSky Restoration Contractors, LLC—a leading name in the restoration and reconstruction industry, believes all great restoration companies should go the extra mile to provide the best PPE gear for their subcontractors. Speaking candidly, a representative for the company said, “Our hardworking subcontractors are really the hands and feet of our entire operation. These are valuable human beings, not just worker drones. They deserve to be protected with the greatest care possible. After all, these folks are the heart of our business. Their safety should always come first.”

The fight against airborne toxins will continue long into the future. As more and more people become aware of hazardous chemicals and their ever-growing exposure, there is no doubt that policies will begin to reform for the better. It is the hope of many contractors, civilians, and pollution activists that changes will be made to preserve the world as we know it and maintain the health of our greater population.