President Donald Trump has denied media reports that he ever called fallen World War II, American soldiers, losers and suckers. He also went ahead to slam The Atlantic magazine which first carried the news that he derided American fallen heroes and turned down visiting the Belleau Wood Aisne-Marne American Cemetery in France in 2018 because of this. 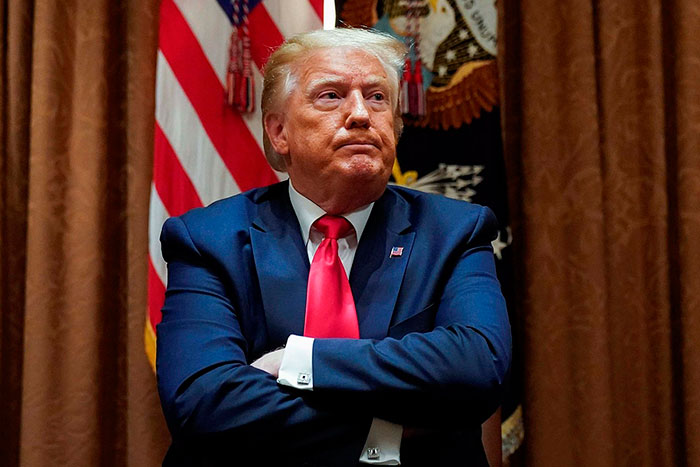 Trump explained that he failed to attend the memorial event in Paris because of unfavorable weather conditions, saying the rain was heavy and the fog was bad, making it impossible for either a motorcade or a helicopter to take him to the event. He said he still planned to brave the weather but the Secret Service prevailed upon him that doing so would be very risky and foolhardy.

“I was ready to go to a ceremony,” he told reporters. “I had two of them, one the following day, it was pouring and I went to that. The reason it couldn’t fly because it was raining about as hard as I’ve ever seen, and on top of that it was very, very foggy and the helicopter was unable to fly.”

He noted that he would be the last person on earth to denigrate fallen American soldiers, and swore that he has the best interests of soldiers at heart.

“To think that I would make statements negative to our military when nobody has done what I’ve done, with the budgets and the military budget,” Trump lamented. “We’re getting pay raises for the military. It is a disgraceful situation, by a magazine that is a terrible magazine, I don’t read it.”

On a report that he called late Sen. John McCain a loser for being caught in Vietnam and for losing the 2018 presidential election, Trump emphasized that his enemies just wanted to derail him ahead of the November 4 election by trumping up lies against him. He noted that he never liked McCain much but he respected him as an individual and awarded nine days of the funeral for him when he died.

“I was never a big fan of John McCain…disagreed with him on many things including ridiculous endless wars and the lack of success he had in dealing with the VA and our great Vets,” Trump said. “But the lowering of our nation’s American flags and the first-class funeral he was given by our country had to be approved by me. As president, I did so without hesitation or complaint. Quite the contrary, I felt it was well deserved. I even sent Air Force One to bring his body, in a casket, from Arizona to Washington.”

Fixed Testing and Construction: Everything You Need to Know < Previous
FDA Rejects Oleandrin as a Dietary Supplement or Therapeutic Drug for COVID-19 Next >