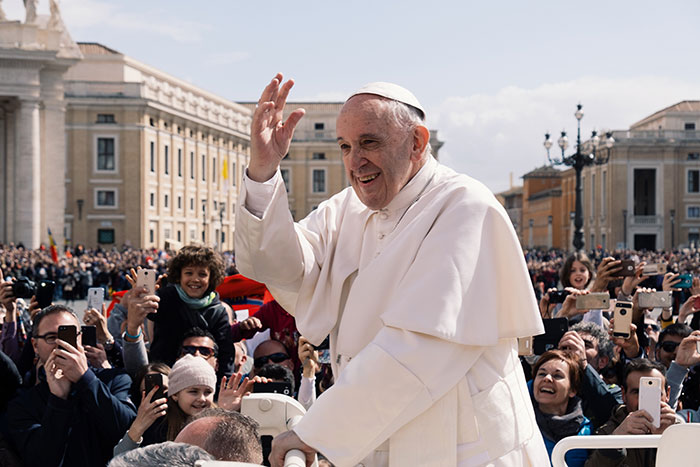 With the Fratelli Tutti of the encyclical, Pope Francis has made it clear that the death penalty is now abolished in the Church for good – laying to rest all lingering doubts as to the papacy’s position on the issue.

St. John Paul II had in his “Evangelium Vitae” encyclical of 1995 stated that the state does not usually apply capital punishment on criminal offenders and that when it does, it is to protect the innocent. However, in 2000, the pope urged the authorities to abolish capital punishment because it has no place where mercy and reconciliation are the main tenets of the church. Pope Benedict XVI in 2011 also supported the call, saying the death penalty should be abolished.

“There can be no stepping back from this position,” Pope Francis said. “Today we state clearly that ‘the death penalty is inadmissible’ and the Church is firmly committed to calling for its abolition worldwide.”

Francis said the time when St. Augustine and St. Thomas Aquinas believed that the death penalty was useful for protecting the innocent and the state was over, and that capital punishment has no place in today’s church. In the Roman Catechism which was published after the Council of Trent held in the 16th century, the Catholic Church supported capital punishment on two fronts – that the state has the power of life and death to righteously punish the guilty and protect the innocent.

In his encyclical, Pope Francis made it clear that carrying out capital punishment on offenders is an act of revenge and has nothing to do with justice. He upholds the sanctity of human life regardless of whether the offender is a murderer. He insists that people on death row have been guaranteed some form of personal dignity that must be protected at all costs by the state.

“Fear and resentment can easily lead to viewing punishment in a vindictive and even cruel way, rather than as part of a process of healing and reintegration into society,” the pope wrote. “The firm rejection of the death penalty shows to what extent it is possible to recognize the inalienable dignity of every human being and to accept that he or she [the murderer on death row] has a place in this universe.”

In the same vein, the pope rules against life imprisonment without parole, calling it a death penalty in another form.

“I believe it is crueler to sentence someone to prison with no hope of ever getting out than it would be to execute them outright,” said George Williams, S.J., a former Catholic chaplain at San Quentin Prison in California. “Executions kill the body, but life without parole kills the human spirit.”

Thousands of people across the world have rejoiced with Pope Francis’ Fratelli Tutti encyclical, calling it a triumph for the church. Helen Prejean, C.S.J., author of Dead Man Walking whose work facilitated the change of catechism expressed her joy with the abolition, saying the Gospel of Jesus Church should be about the restoration of human life and not torture and execution.

“I rejoice in Pope Francis’s ringing proclamation of the inviolable dignity of all human life, even the life of murderers, and I am heartened by the church’s unequivocal opposition to governments’ use of the death penalty in all instances,” Prejean enthused. “I rejoice that now this clarity of church teaching will help end this unspeakable suffering and spark the Gospel of Jesus to be lived in its fullness: restoration of human life, not humiliation, torture, and execution.”