British Prime Minister Boris Johnson has married again. He married girlfriend Carrie Symonds in a secret wedding ceremony on Saturday. The wedding held at Westminster Cathedral in London and only 30 people were invited. 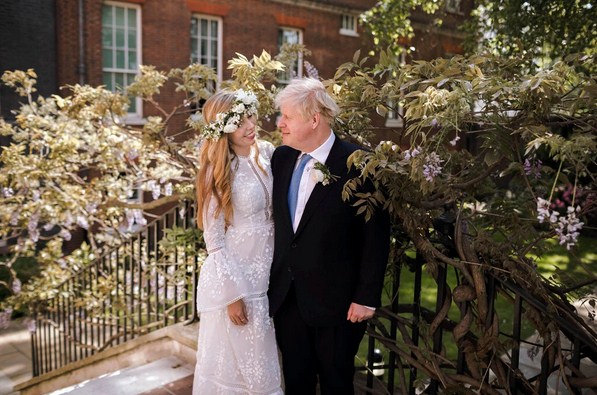 The wedding caught many people by surprise and even Johnson’s close aides did not know of the coming wedding until it was over. However, the prime minister sent out a save-the-date card for a wedding scheduled for July 30, 2022, a week before the wedding held. But a spokesman for the Office of the Prime Minister confirmed on Sunday that Johnson is indeed newly married.

“The prime minister and Ms. Symonds were married yesterday afternoon in a small ceremony at Westminster Cathedral,” the spokesman said. “The couple will celebrate their wedding with family and friends next summer.”

A source who attended the secret wedding said the prime minister was very happy during the wedding and could not even keep his eyes off his bride. He said the Westminster Cathedral was cleared of people at around 1:30 pm after Johnson and Symonds showed up in a limousine.

“Yes, there was a wedding – it was the prime minister,” the source said. “His bride looked beautiful. She had a long dress with no veil. He was extremely happy, as you can imagine. He looked very smart in a very dapper suit. She came down the aisle and he didn’t take his eyes off her. They read their vows then shared a kiss. They looked besotted.”

The couple’s one-year-old son, Wilfred Lawrie Nicholas Johnson, was also in attendance for the wedding, and so was Johnson’s father, Stanley.

This is the third marriage for Johnson and the first for Symonds. The prime minister has four children from his second marriage to Marina Wheeler, and he reportedly has two children from outside of his legal marriages. The 56-year-old prime minister met 33-year-old Symonds who was the head of communications for the Conservative Party in June 2019, and by February 2020 she was pregnant.

Both of them lived in 11 Downing Street as a couple even though they were not married. She even came under the ire of the public when it was established that she was instrumental in the expensive refurbishment of the prime minister’s official quarters. Johnson took in Symonds to live with him even though his divorce from Wheeler had not yet been finalized, and they had a son outside of marriage.

Germany Agrees to Pay $1.35 Billion for Genocide Committed In Rwanda a Century Ago < Previous
How to Maintain Better Posture Throughout the Day Next >