Home » Headlines » Science » Planet Earth running out of Underground Water due to over usage, reveals study

Planet Earth running out of Underground Water due to over usage, reveals study

According to a recent study almost one-third of underground water beneath our Earth’s surface is gone due to human over-usage, with scientists not really sure of the remaining amount or how long it can last at the rate of use.

While humanity faces the risk of draining out underground water from the Earth, most users are not even aware they are causing havoc on the Earth with their excessive usage of underground water, and this could ultimately impact on our world while also having some effect on climate change. 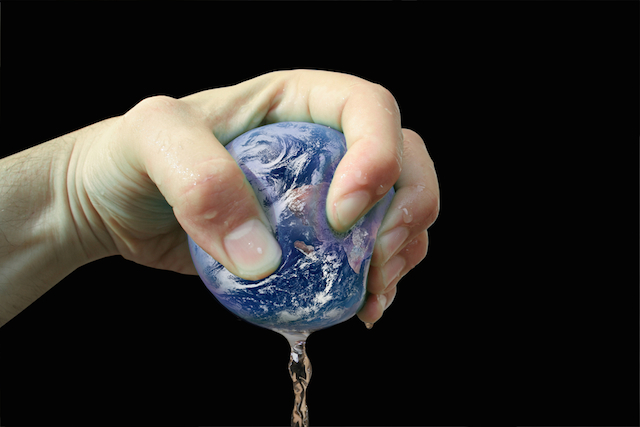 A University of California Irvine professor and principal investigator, Jay Famiglietti, revealed that no one is really sure of the right levels of water remaining in aquifers throughout the world, and that a coordinated effort should be put in place to not only check the excessive usage of groundwater, but to also measure the amount remaining for conservation purposes.

Between 2003 and 2013, the research team had used NASA’s special satellites to analyze the 37 largest aquifers in the world. Meanwhile, aquifers are underground bed or layer yielding ground water for wells and springs and which is the source of water above the ground. Based on the 37 examined, eight were said to be overstressed and almost running out, while five were said to be extremely stressed and faces excessive use from man.

According to lead author Alexandra Richey, most of the largest world aquifers are located in areas with socioeconomic and political problems, and unless these underground water sources are protected and conserved by an active government management, the future generations might be at risk with sources of natural livelihoods placed in jeopardy.

The researchers noted that the major stressed aquifer is the Arabian Aquifer System which is used by approximately 60 million people, with the second most stressed being the Indus Basin aquifer in India and Pakistan, and the Murzuk-Djado Basin in north Africa being the third most overstressed aquifer in the world.