Most of the time, fossils of dinosaurs discovered by paleontologists have not helped with useful reproductive details about a species that once roamed the earth millions of years ago. This is because when these fossils are discovered, their rear region must have been ravished by scavengers who leave only bare-bones, or decay might have rendered them impractical for further studies. 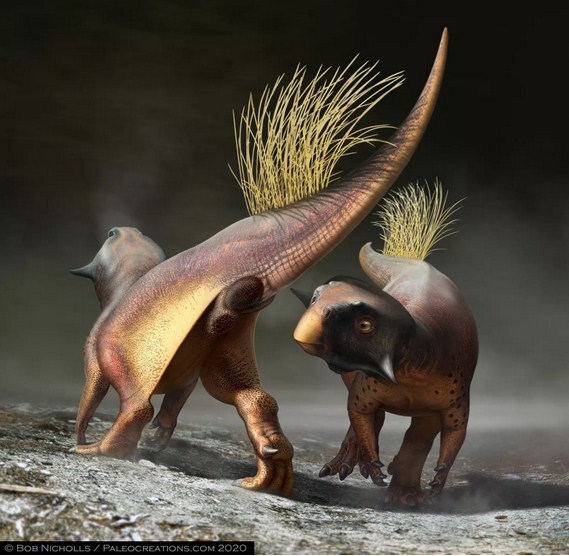 However, this was not the case with a specimen worked on by Jakob Vinther, a paleontologist at the University of Bristol. Vinther discovered that the specimen from the Senckenberg Natural History Museum in Germany still possessed its private region in a well-preserved manner.

Vinther said he wondered if anybody had seen the cloaca of a dinosaur before. This part refers to the opening in non-mammals and some mammalian vertebrates, serving the multi-purpose function of reproduction, excretion, and copulation.

The study, which has since been published in the journal Current Biology by Vinther and his colleagues, including Robert Nicholls and Diane A. Kelly of the University of Massachusetts, describes how the researchers constructed a 3D representation of the cloaca.

Vinther once again emphasized that a cloaca is more than just an excretion point. To help describe the cloaca of this current dinosaur, the team studied the cloaca of a wide range of land vertebrates, including reptiles like turtles, crocodiles, which gave varied types of cloacas.

The specimen used by Vinther and his team was about 120 million-years-old. It came from the present-day Liaoning province in northeast China. Known as the Psittacosaurus, the dinosaur was a lot more attractive than others, Vinther confirmed. The unique color of the dinosaur’s cloaca meant that it played a vital role in attracting mates. It was V-shape and contained fossilized feces, Popsci reports.

Kelly, a co-author in the study, said the dinosaur’s cloaca bears some semblance to that of a crocodile, which was adept in emitting scents that attracted the males. This confirms the fact that visual and olfactory signals played a role in the reproductive process of the species.

The study adds that although the findings bear little significance to happenings in our world today, it offers us a glimpse of why our world was looking the way it did presently. It also showed that maybe in the very distant past, dinosaurs roamed the earth like colossus displaying their cloacas.