Nutrition Advocate, Ken Inoue of Torrance, CA, Shares 7 Things You Should Know About Your Metabolism

The metabolism is how your body converts what you eat and drink into energy. This energy is used to allow your body to move and natural functions such as your heart, breathing, and digestive system. There are many myths and false claims made about how the metabolic rate can be manipulated by diet pills and products like green tea, but these aren’t supported by research. 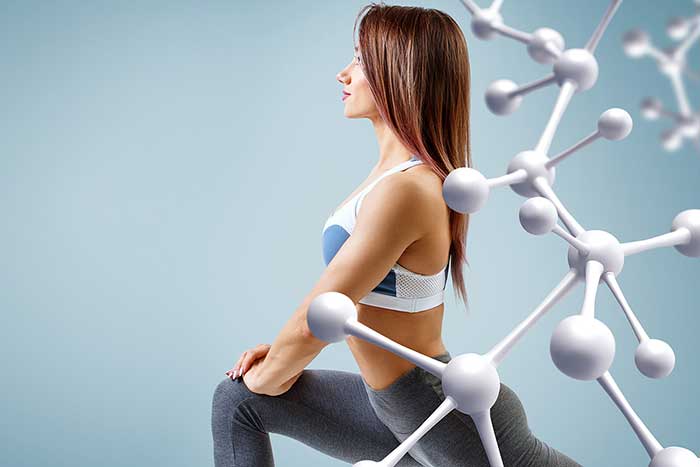 Ken Inoue, a fitness trainer from Torrance, California, is a firm advocate of proper nutrition and believes that understanding how your metabolism works can help you make better choices about diet, exercise, and how to fuel your body for your lifestyle. Below, Mr. Inoue details seven facts to consider.

The so-called ‘basal metabolism’ accounts for the greatest volume of calories you burn each day. This is the energy used for your body’s basic functions while at rest. Physical exercise, like running, walking, and cycling counts for as little as five to thirty percent of energy expenditure. Moving your body does have both physical and mental benefits, but you’d have to train for hours every day to have any real impact on your metabolic rate.

Working out at high intensity for short periods followed by rest periods is a time-efficient way to exercise. In addition to burning many calories in a short amount of time, HIIT sessions can result in the fuel-consuming process within the body continuing for hours afterward. Several studies by the National Institutes of Health found that HIIT training increases metabolic rate more than aerobic or resistance training. One study by this group also found that the body’s metabolism shifted to burning fat for energy rather than carbs after HIIT sessions.

Microbial microflora, often referred to as ‘gut bacteria,’ play an important role in the digestion of food. By maintaining a diverse and healthy range of bacteria within the gut, you can help the metabolic system function properly. Eating a diet rich in fruit and vegetables is a simple way to cultivate gut bacteria and aid digestion. Broccoli, beans, artichokes, raspberries, and chickpeas are beneficial.

4. Crash diets can slow your metabolism down

Cutting calories may seem an obvious route to weight loss, but it can have the opposite effect. If your body doesn’t have sufficient fuel in the form of food, it can start to break down muscle for energy. A lower muscle mass means a slower metabolism. When it comes to losing weight, slow and steady progress is better in the long term.

The idea of eating small portions of food throughout the day rather than three large meals as a way of losing weight has been around for some time. Several high-profile celebrities have promoted this as a diet in recent years. However, there is little evidence to support this theory, and there is no scientific basis that smaller meals make the metabolism more efficient. A study by the International Society of Sports Nutrition in 2011 concluded that increasing meal frequency could help improve appetite control but does not change metabolic rate.

There are many popular diet myths about the ability of green tea, caffeine, or hot chili peppers to boost your metabolism. A study published in the European Journal of Clinical Nutrition in 2009 concluded that green tea did not affect the resting metabolic rate of the subjects involved. Studies into the impact of chili peppers and other spicy foods suggest that the metabolism only increases by a few percent.

7. Your metabolism doesn’t slow down as you age.

Weight gain in later life is usually because people are less active. Less physical movement results in gaining fat and losing muscle. There is no evidence that metabolism changes with age unless it’s the result of medical conditions.

A healthy diet and an active lifestyle are the foundations of maintaining a healthy metabolism. Consider the facts in this article and decide what changes you can make to help fuel your body in the best way.

Ken Inoue, originally from Torrance, California, is a certified personal trainer. As a life-long surfer, he learned how to embrace the laid back So-Cal vibes in tandem with a vigorous yet rewarding exercise routine from a young age. A firm believer in finding multiple paths to fitness, Mr. Inoue tailors exercise plans to the individual to create accessible, motivating, and efficient sessions with balanced results. In light of 2020, this has proved especially important in curating digital fitness regimens that clients can sink their teeth into at home with little to no equipment. In his spare time, Ken Inoue enjoys exploring new restaurants focused on a well-balanced diet via Los Angeles takeout, practicing a mindful yoga flow, catching a wave along the Southern California coast, and socializing with friends and family in Torrance, health protocols permitting, of course.

How Does Embedded Analytics Software Work? < Previous
Paleontologists Get a Rare Glimpse into the Butt and Cloaca of a Dinosaur Next >