Archaeologists in Alaska have discovered a new marine reptile that lived over 200 years ago. Named Gunakadeit joseeae, the complete fossil of the extinct thalattosaur was discovered in 2011 in a beach area that only becomes visible with very low tide. It was found in rocks that would have been underwater if not for low tides by Jim Baichtal, a geologist, and Gene Primaky, at the village of Kake in southeast Alaska on May 18, 2011. 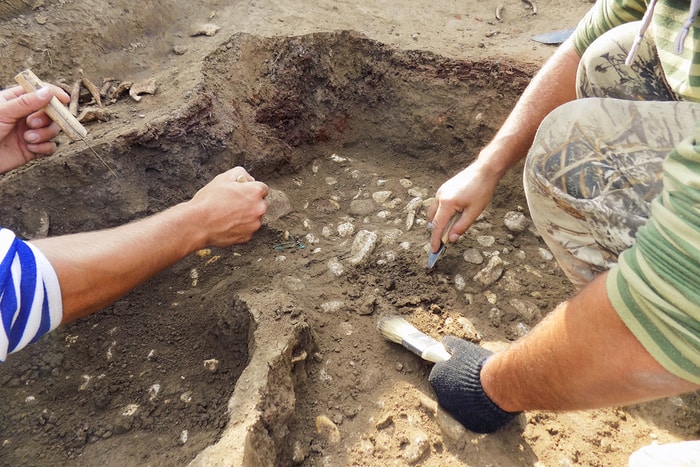 Baichtal and Primaky alongside some other colleagues from the U.S. Forest Service’s Tongass National Forest had gone to explore the beaches when Primaky came across the odd fossil in a rocky outcrop. He called out to Baichtal who take a photograph of the fossil after recognizing that it was the fossilized skeleton of some extinct species.

He sent the photo to Patrick Druckenmiller, an earth sciences curator at the University of Alaska Museum of the North. Druckenmiller invited Neil Kelley of the Vanderbilt University and they both identified the fossil as belonging to a new species of extinct creature that was hitherto unknown. They said the creature was a type of thalattosaur that existed prior to the emergence of dinosaurs.

“Thalattosaurs were among the first groups of land-dwelling reptiles to readapt to life in the ocean,” Kelley said. “They thrived for tens of millions of years, but their fossils are relatively rare so this new specimen helps fill an important gap in the story of their evolution and eventual extinction.”

The prehistoric marine reptile existed from the mid- to late-Triassic Period in equatorial oceans and grew to a length of 3 to 4 meters. It had a pointed snout that it possibly used to hunt in shallow waters by ferreting into coral reefs and underwater crevices to pick on critters. The general body feature is like that of an alligator but for its distinctive pointed snout and webbed tail.

“It was probably poking its pointy schnoz into cracks and crevices in coral reefs and feeding on soft-bodied critters,” Druckenmiller said. “We think these animals were highly specialized to feed in the shallow water environments, but when the sea levels dropped and food sources changed, they had nowhere to go.”

The researchers think the animal became extinct because it ate only a specialized diet that ran out when water levels dropped.

The name Gunakadeit joseeae was chosen for the animal by the elders of Kake and representatives of Sealaska Corp. They chose the Tlingit name Gunakadeit in memoriam of a sea monster in Tlingit legend which is said to bring good luck to people who saw it; and they also chose joseeae in honor of Primaky’s mother, Josee Michelle DeWaelheyns.