The Portland Police Bureau is questioning the authority and techniques of unidentified federal officers deployed by God-knows-who to quell public protests in Oregon. The federal officers were seen wearing camouflage and face masks but without identification badges to arrest protesters and take them away on Friday. 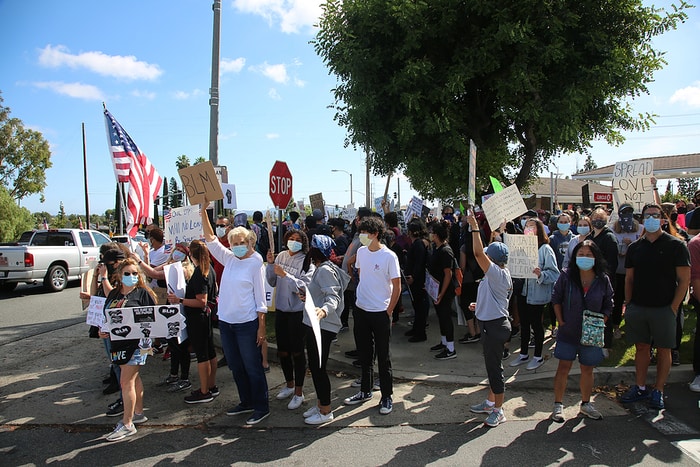 The police bureau had earlier warned protesters who descended on the Portland Police Association office to set it on fire to leave the area or risk arrest. The police had warned demonstrators that they would be arrested and arraigned in court if they did not vacate the association office at once, but videos caught the federal officers arresting and taking people away in unmarked SUVs.

“This event has been declared a riot. Move to the east now. If you do not move to the east you will be subject to arrest or use of force to include crowd control munitions. Leave the area now,” the Portland Police Bureau had tweeted.

In another protest, demonstrators descended on the federal building downtown and destroyed a metal fence that was constructed to barricade the facility. But given the unexplained intervention of the federal officers, the Portland police bureau has stated its Federal Protective Service will not be deployed to respond to the protests since the federal officers seemed to be working under a different order and direction.

The US Attorney for the Oregon District has written to the Department of Homeland Security (DHS) to investigate the matter considering many videos that are circulating on social media over the federal arrests. The governor of Portland and mayor of Portland have also demanded to have the federal officers withdrawn, with US Senator Jeff Merkley condemning the development.

Meanwhile, the DHS in a memo disclosed that the federal agents seen dispersing and arresting Portland protesters were not trained for such duties. The acting secretary for DHS, Chad F. Wolf, visited the scene stated in an internal memo that the federal agents were not trained to handle public protests or quell mass riots. The federal officers have been identified as the BORTAC, an equivalent of the SWAT team used by the Customs and Border Protection (CBP), a highly trained team tasked with busting drug smuggling organizations.

Lawmakers have also voiced their concerns over the development, with many of them condemning the deployment of federal agents to manage riot situations when local enforcement could have done a much better job.

“This is not the America we want. This is not the Portland we want,” Portland Mayor Ted Wheeler said. “We’re demanding that the President remove these additional troops that he sent to our city. It is not helping to contain or de-escalate the situation; it’s obviously having exactly the opposite impact. “

SEO Tips for Your Small, Large, or Local Business < Previous
What Can You Find About Your Health from a DNA Test Next >