Home » Headlines » Editorials » How Online Dating Has Taken Over America

How Online Dating Has Taken Over America

It wasn’t too long ago that online dating carried a huge stigma. The thought that someone could start a relationship online, especially one that could evolve into a marriage, seemed absurd.

Now, online dating no longer carries the stigma it used to. Many people meet their partners online and start their relationship via a virtual platform. Here are some interesting statistics about how online dating has taken over America, and why it’s such a hit. 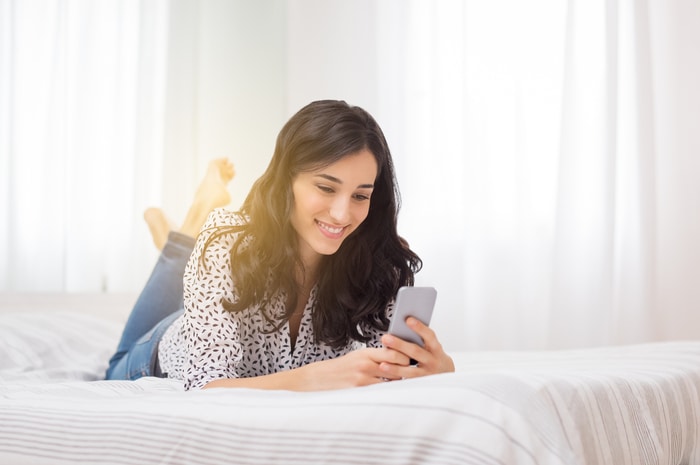 As of 2005, when the internet was starting to gain traction in the average American home, online dating in USA and other first world countries was still a questionable practice. Even so, it was quickly becoming less stigmatized. In 2005, 5% of people polled reported that they had met their spouse via an online dating site. As of 2017, that number raised to an astonishing 19% of pairings taking place on the web.

One of the main reasons that online dating has become more popular is a direct correlation to accessibility. The first iPhone didn’t hit the shelves until 2007, around the time social media started its exponential takeover of the average American lifestyle. Before that time, the idea of having 24/7 access to the internet was still perceived as being years down the road. As we now know, the internet plays a significant role in our daily lives and has influenced our societal behavior in unprecedented ways. As a result, fear regarding the sharing of private information online has become less influential in how we interact with others via apps and social sites.

It’s no surprise that millennials dominate the internet dating market, especially since they make up a quarter of the U.S. population. The millennials grew up with the internet, and are thus more comfortable with using it to make purchases and meet other people. The number of millennials between the age of 18 and 24 tripled in two years from 2015 to 2017.

Millennials aren’t the only one who has become more active in online dating circles over recent years. Users aged from 45 – 64 have doubled their use of online dating services from 2015 to 2017. Use of these dating sites is expected to grow as Generation Z hits legal age.

For those who haven’t used dating sites, there’s a lot of confusion about the intention. The idea varies from platform to platform and users often have an agenda that is entirely their own. Some platforms, like Tinder, have also evolved from one purpose to another, initially targeting casual encounters and becoming a meeting point for long-term relationships.

While users have become more open to experiences over the past decade plus, a quarter of dating site users have never gone on a date with someone they’ve met online. So, in regards to what users want, sometimes they don’t even know themselves when they sign up.

Challenges to Getting Started

Despite how much more popular online dating has become, there is still some hesitation surrounding getting started. Nearly a quarter of online daters have asked a friend to help them craft a profile. Additionally, a quarter of people polled still sense a stigma around online dating, considering those who use the services to be desperate.

Despite the remaining naysayers, there’s no denying that online dating has caused a paradigm shift in how people meet one another in the U.S. Not only has online dating become a norm for the Millennial generation, but it’s also become a conversation point that fuels more social interaction.

As recent as ten years ago, the thought of meeting one’s spouse online was still abstract. Now, users have to be careful to confirm they’re talking to humans rather than robots. The future is here and online dating is a part of it.