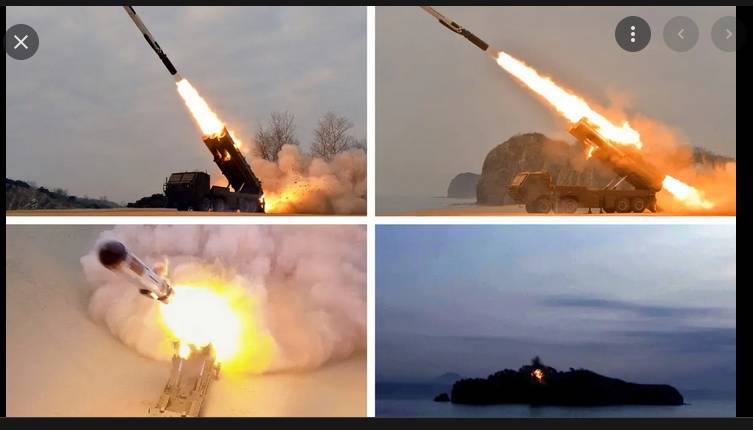 “I cannot state enough that the commitment of the United States to the defense of the Republic of Korea is iron-clad and that we will do everything in our power to ensure that it has meaning in every way that the words suggest,” Harris gaffed.

Although the regime of North Korean leader Jim Jong Un has been known to fire missiles for whatever reasons, political experts believe the recent tests were in response to the ongoing anti-submarine drills carried out by the trio of the United States, South Korea, and Japan at the east coast of the Korean Peninsula. Conducted over a four-day period, the military drills between the three countries involved the use of the US nuclear-powered aircraft carrier USS Ronald Reagan and other warships in its battle group.

“The repeated ballistic missile firings by North Korea are a grave provocation that undermines peace and security on the Korean Peninsula and in the international community,” said South Korea’s Joint Chiefs of Staff.

South Korean and Japanese authorities estimated that the North Korean missiles flew about 350-400 kilometers (220-250 miles) at a maximum altitude of 30-50 kilometers (20-30 miles) before they landed in the waters between the Korean Peninsula and Japan. Analysts said the missiles are similar to Russia’s Iskander missile and capable of hitting major targets in South Korea as well as US military bases in the country.

Some of the earlier tests carried out this year by North Korea are deemed to be nuclear-powered and able to reach strategic targets in the US mainland, Japan, and South Korea. International analysts said Jim Kong is using the ballistic missile tests to emphasize the fact that his country should be recognized as capable of nuclear warfare and to force the international community to lift major sanctions imposed against his country.

“North Korea’s frequent short-range missile tests may strain the isolated state’s resources,” said Leif-Eric Easley, a professor at Ewha University in Seoul. “But because of deadlock on the UN Security Council, they are a low-cost way for the Kim regime to signal its displeasure with Washington and Seoul’s defense exercises while playing the domestic politics of countering an external threat.”