A Coast Guard in Florida found human remains in homes flooded by Hurricane Ian. The state’s emergency management director, Kevin Guthrie, said in Tallahassee said the authorities have 20 unconfirmed deaths, one confirmed death, and an unknown number of drownings in one house. 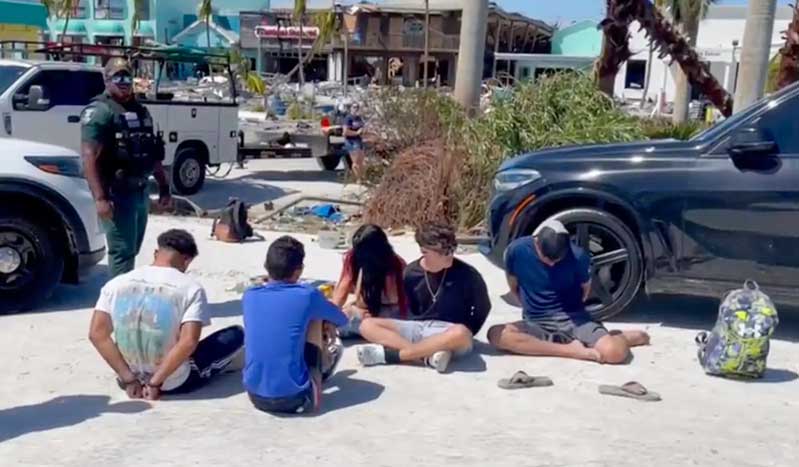 He said the authorities are still trying to determine if 20 of the deaths were caused by the hurricane or some other factors.

Guthrie said search and rescue teams are still trying to determine the actual number of drowned victims in one area of Lee County. Meanwhile, Sanibel and Captiva islands are part of Lee County and have been disconnected from the mainland by the storm. He said the number of fatalities is not known yet after a swimmer found them in a house.

“Let me paint the picture for you. The water up over the rooftop and we had a Coast Guard rescue swimmer swim down into it, and he could identify what appeared to be human remains,” Guthrie said. “We want to be transparent, but we just don’t know that number.”

President Joe Biden said Florida may have witnessed the worst hurricane in history with Hurricane Ian, but Governor Ron DeSantis said this is not true. DeSantis said the 1928 hurricane that hit Palm Beach County and killed more than 2,500 people was the worst storm in Florida. “I don’t think we will be anywhere approaching that,” he said.

He revealed that search and rescue teams are checking on people to ensure they are alive and well. He said about 20,000 filled out a survey form to indicate they would be sheltering – and that about 10,000 have reported back that they are safe, but the other 10,000 have not reported their statuses and they are unreachable yet.

Meanwhile, Lee County Sheriff Carmine Marceno has warned potential looters and thieves to desist from taking advantage of the fallout of the storm that has been ravaging the county. He said this as five youths – four boys and a girl – were arrested for looting at Fort Myers Beach on Thursday.

“For any of those individuals that think they are going to go out there and loot or prey on people during this horrific event — you better think twice,” Marceno said. “When I say zero tolerance, zero tolerance means we will hunt you down, track you down, and you’re going to jail. If you’re lucky.”