Nightclub Owners Sentenced to Prison for Fire That Killed 242 Students

Two nightclub owners and two musical band members have been sentenced to up to 22 years for a fire outbreak that killed 242 university students in Brazil. The four convicted people were found guilty of flares that lit Kiss nightclub in Santa Maria city, leading to the death of the students in 2013. More than 600 clubgoers were also wounded in the blaze, with some of them testifying at the trial. 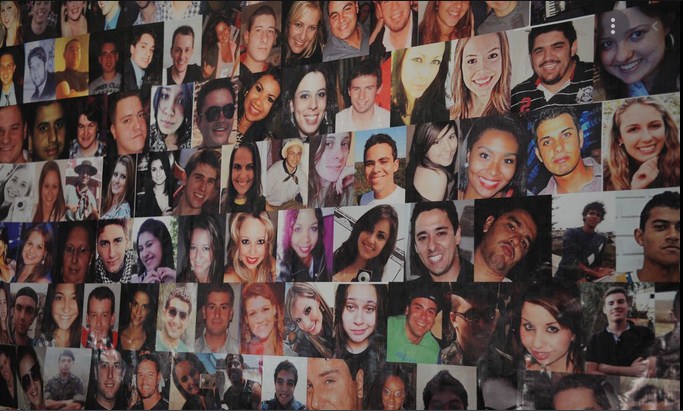 According to police investigators, members of the Gurizada Fandangueira band lit flares while playing on stage, and the flares subsequently lit the insulation material inside the nightclub. Since the club was jam-packed with clubbers and exit doorways were only two, there was a massive stampede burning materials produced toxic fumes, and the victims died of smoke inhalation.

Most of the deceased were university students between the age of 17-30, and the mishap occurred during a party staged by the students at the nightclub. There was no fire extinguisher at the nightclub, and the two emergency exits were insufficient for the potential crowd milled into the club. A former employee who also suffered significant burns at the blaze, Katia Giane Pacheco Siqueira, said the policy of the club owners was “the more people inside, the better.”

The two club owners, Elissandro Callegaro Spohr and Mauro Londero Hoffmann were sentenced to 22.5 years and 19.5 years imprisonment respectively. Band members Luciano Bonilha Leao and Marcelo de Jesus dos Santos got 18 years in prison each. The four convicted persons were freed but will later commence their sentences unless their lawyers appeal the court’s ruling.

Fourteen of the inferno survivors and 19 other witnesses testified at the trial, which was broadcast live on TV and social media. Siqueira, who suffered burns on 40% of her body, said she spent 21 days in hospital and screamed in prayer to not die while the fire blazed around her. Another survivor who testified, Devalni Rosso, had 50% of her entire body burned and scarred; while Kelen Giovana Leite Ferreira recalled her experiences after having a part of her leg amputated due to fire injuries.

“The defendants’ culpability is high…this much life was not taken away by chance,” Judge Orlando Faccini said in Porto Alegre where the trial held for 10 days.