Scientists have discovered the fossil of a small turtle-like creature they believe explains how turtles came to have the hard shells they have today. The fossil fits into a missing period of time in the evolution of turtles.

A study published in the journal Nature earlier this week explains 18 fossil skeletons of the 240-million year old species found in a limestone quarry in Germany. Scientists are calling the fossil Pappochelys, which translates to “grandfather turtle.” 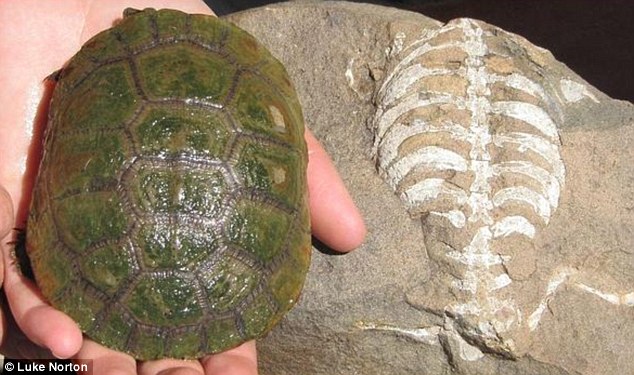 Scientists believe the fossil is that of a transitional species that evolved from reptiles and is an ancestor of modern-day turtles. It’s believed that Pappochelys lived during the 40-million-year period between the reptile Eunotosaurus 260 million years ago and Odontochelys, the oldest known turtle species that lived 220 million years ago. 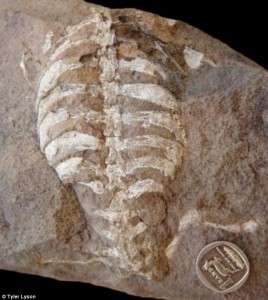 Eunotosaurus had a turtle-like figure and wide, flat ribs, while Odontochelys had a fully developed body plate that eventually expanded to cover the entire body, like the turtles we know today.

The newly discovered Pappochelys appears to be the link between the two species, as it possesses broad and sturdy ribs and the beginnings of a bony plate on its underside.

Co-author of the study, Hans Dieter Sue, described the fossil, saying, “It has real beginnings of the belly shell developing, little rib-like structures beginning to fuse together into larger plates and then ultimately making up the belly shell.”

Another co-author of the study asserts that the discovery is evidence that today’s turtles evolved from lizard ancestors. Scientists have been previously puzzled about the origin of turtle’s shells, and the Pappochelys fossils have now given them some much-needed insight following the discovery of Odontochelys in 2008.