Based on the fact that NASA looks to sending astronauts to Mars in the next few years, the space agency will be holding a four-day conference at the Lunar and Planetary Institute in Houston from October 27 to October 30, and this meeting is tagged Landing Site/Exploration Zone Workshop for Human Missions to the Surface of Mars.

The overall objective of the meeting is to figure out where astronauts would touch down and operate from when they land on the Martian surface in the 2020s, and this is the first workshop that the space agency would hold to discuss landing sites for its first manned Mars mission. 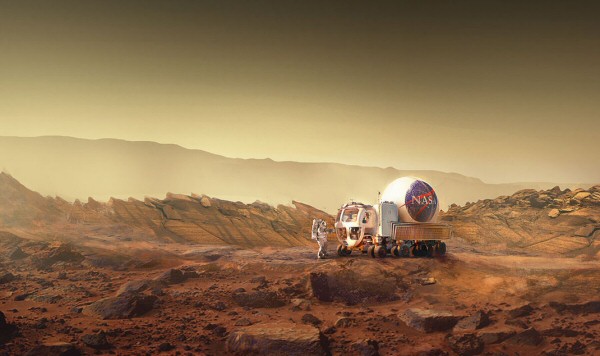 Expert researchers are already thinking that a 62-mile-wide or 100 kilometers exploration zone would work for astronauts to land on and work from, giving them a good place for start exploring for resources like subsurface water ice amongst other things.

According to Jim Green, head of NASA’s Planetary Science Division, the workshop will generate a lot of debate when it kicks off in October, and that the discussions would center on what scientists need to put in place for a workable station and how to operate the workstation.

NASA in the coming years will be using the Mars Odyssey spacecraft and the Mars Reconnaissance Orbiter (MRO) to explore zones to cover on Mars – and then, the two specialized spacecraft started orbiting Mars in 2001 and 2006 respectively.

Green noted that the two orbiters might pack up anything, and this underscores the need to start preparations in earnest for the site selection to be used as workstation over there on red planet. “Humans are going to need high-resolution over their whole exploration zone,” Green said, “Therefore we need to know where they’re going. It’s really that simple.”

Scientists also think the workshop is necessary because it will open up data on the potential zones for mineralogy on Mars, allowing researchers to know where natural resources might be located and what they might actually be on Mars.