Almost 2,000 people have petitioned NASA to rename the new space telescope that is scheduled for launch in December. But the federal space agency says there is no substantial reason to justify renaming the telescope. Space enthusiasts want the James Webb Space Telescope to be renamed on account of Webb’s alleged role in disallowing gays and lesbians from working in government establishments in the 1950s to 1960s. 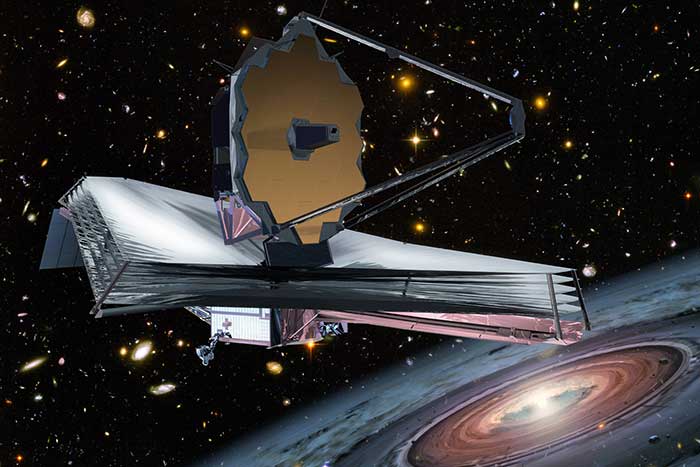 James Webb was appointed as NASA administrator by President John F. Kennedy in the 1960s. But petitioners said he was complicit in removing LGBTQs from the public service during his tenure at NASA, and when he worked at the State Department as a top official. Campaigners said his name should not be associated with a $10 billion historic new space telescope that will aid scientific research into our universe.

“The historical record is already clear: under Webb’s leadership, queer people were persecuted,” said one of the campaigners, Chanda Prescod-Weinstein. “At best, Webb’s record is complicated. And at worst, we’re basically just sending this incredible instrument into the sky with the name of a homophobe on it, in my opinion.”

NASA said they would investigate the claims to determine if the new telescope should be renamed or not. The new telescope is believed to ultimately succeed Hubble Telescope, and will be able to view lights emitted from distant galaxies as well as analyze planets orbiting distant stars. It will also be able to analyze gases from far-away planets to detect the presence of alien life.

After its investigations, NASA said there is no evidence to suggest that James Webb was guilty of the allegations against him; and that the new space telescope will still be named after him. “We have found no evidence at this time that warrants changing the name of the James Webb Space Telescope,” said NASA administrator Bill Nelson.

Karen Fox, senior science communications officer at NASA, also said they have exhausted their investigations and that the new telescope will bear the name of Webb.

“We’ve done as much as we can do at this point and have exhausted our research efforts,” Fox said. “Those efforts have not uncovered evidence warranting a name change.”

The decision to name the former telescope after James Webb was made by former NASA administrator Sean O’Keefe. He appreciated the fact that people do not want the name of a bigot to be associated with an important scientific machine such as the space telescope, but noted that he is not aware of any proofs suggesting that Webb purged LGBT folks from government employment.

What to Look for in a Good Blood Pressure Watch < Previous
Eight-Year-Old Girl Finds 18 Asteroids, Named Youngest Astronomer in the World Next >