An eight-year-old Brazilian girl, Nicole Oliveira, has been named the youngest astronomer in the world after discovering 18 asteroids. Nicole is part of the Asteroid Hunters project, a citizen science program run by the International Astronomical Search Collaboration in partnership with the Ministry of Science in Brazil, and NASA. 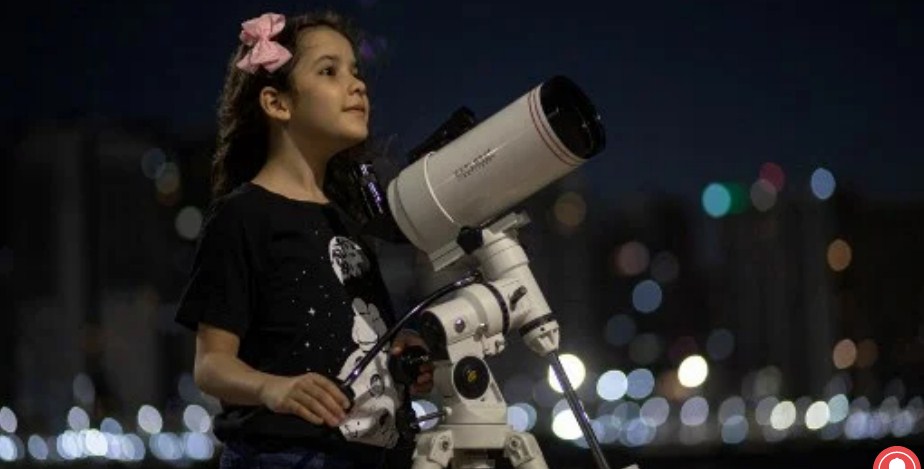 Janaca said her daughter would raise her hands to the sky when she was two and ask for a star.

“When she was two, she would raise her arms to the sky and ask me, ‘Mom, give me a star,’” Janaca disclosed. “We understood that this passion for astronomy was serious when she asked us for a telescope as a birthday present when she turned four. I didn’t even really know what a telescope was.”

Nicole’s parents said her room is filled with wall posters depicting the solar system, Star Wars characters, and miniature rockets. She also frequently studies sky objects on her computer and two large screens. She said she wants to grow up to become an aerospace engineer, build rockets, and visit the Kennedy Space Center in Florida.

Nicole’s participation in the Asteroid Hunters program enables her and other talented children to study space and make their own discoveries. The little said she has discovered 18 asteroids, noting that she will name them after her parents or popular Brazilian scientists. If space authorities certify her discoveries, she will emerge as the youngest person in the world to discover an asteroid, breaking the record of 18-year-old Luigi Sannino of Italy.

Her teachers at her private school in Fortaleza, northeastern Brazil, said Nicole is very observant and demonstrates what she had discovered with her classmates.

“She really has an eye. She immediately spots points in the images that look like asteroids and often advise her classmates when they are not sure they have really found any”, said her astronomy teacher, Heliomarzio Rodrigues Moreira. “The most important thing is that she shares her knowledge with other children. She contributes to the dissemination of science.”

The little eight-year-old girl has met with Brazil’s minister of science in Brasilia, spoken to astronaut Marcos Pontes who is the only Brazilian to have ever been to space, and interviewed Brazilian astronomer Duilia de Mello and other influential figures in her country.