Ozy Media, led by former investment banker and former MSNBC host Carlos Watson, has shut down. The media startup which came into existence in 2013 folded up on Friday following a scalding report in which The New York Times reported that Ozy co-founded Samir Rao impersonated a YouTube executive to speak with Goldman Sachs during a conference call. 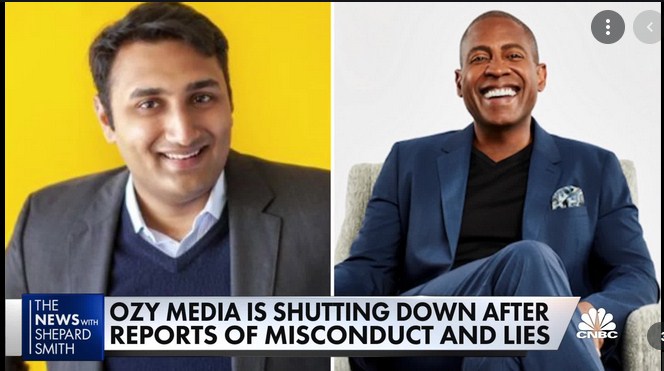 The alleged YouTube executive had spoken glowingly of Ozy with a view to bringing in Goldman Sachs as a major investor. The executive stated that Ozy was performing greatly on YouTube and was set for the stars with its stellar video content.

The security team at YouTube felt something was not right and commenced an investigation into the conference call. Google, which owns YouTube, alerted the FBI who invited Goldman Sachs for interrogation.

When The Times first reported the story on Monday, Watson dismissed it as frivolous until things began to heat up. Then he admitted that Rao who was Ozy’s chief operating officer was the impersonator and that he was suffering from mental health breakdown when the incident happened.

But within three days after the incident became public news, members of Ozy Media’s board began to exit and key employees also resigned in droves. Major advertisers and investors also began to pull out. Then exactly five days after the event was first reported in the news, Watson called the entire employees together and told them the company was folding up.

“At Ozy, we have been blessed with a remarkable team of dedicated staff,” Watson told them. “Many of them are world-class journalists and experienced professionals to whom we owe tremendous gratitude, and who are wonderful colleagues. It is therefore with the heaviest of hearts that we must announce today that we are closing Ozy’s doors.”

“The allegations in The New York Times, which caught me by surprise, are serious and deeply troubling and I had no choice but to end my relationship with the company,” Kay said.

The closure of the company caught many staffers by surprise on Friday, but Watson assured them that they will get their final salaries and discuss severance next week. Consulting firm Berkeley Research Group will examine the liquidating media organization and law firm Paul, Weiss, Rifkind, Wharton & Garrison LLP will review Ozy’s business operations.

Eight-Year-Old Girl Finds 18 Asteroids, Named Youngest Astronomer in the World < Previous
Eric Painter of Texas Believes in Using Reading as a Springboard for Motivation Next >