July 26, 2022, marked the opening of the 2nd annual mRNA-Based Therapeutics Summit in Boston. The future of mRNA therapeutics has been an important topic of discussion and research within the biopharmaceutical industry following the successful use of COVID-19 mRNA vaccines, the first mRNA vaccines approved for human use. Samsung Biologics, leading contract development and manufacturing organization (CDMO), was involved in mRNA vaccine production during the pandemic as a fill/finish provider for Moderna. It has since continued to develop its capabilities in mRNA. As a program partner at the summit, Samsung Biologics, along with several other industry leaders, sought to move the conversation on the potential of mRNA therapeutics forward, highlighting manufacturing issues and developments in therapeutic applications. 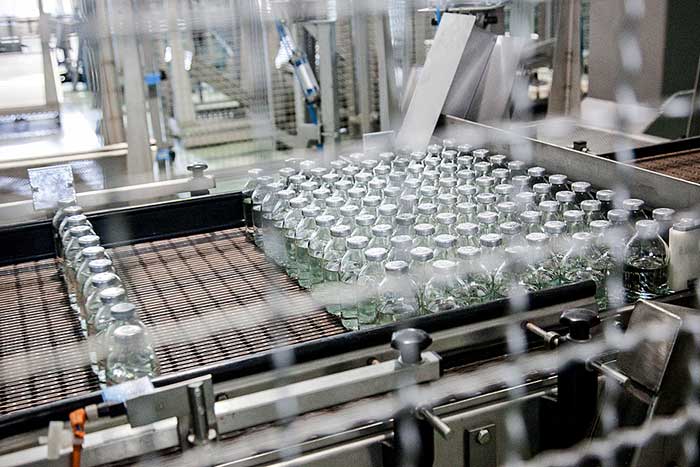 Several speakers, representing both leading pharmaceutical companies and nonprofit organizations such as the World Health Organization and the Bill and Melinda Gates Foundation, highlighted the potential for mRNA therapeutics beyond COVID-19 applications, including for influenza and HIV vaccines, as well as applications beyond preventive medicine such as cancer treatments.

As enthusiasm for the potential of mRNA therapeutics continues to grow, Samsung Biologics has taken steps to expand its mRNA vaccine production capabilities.

The CDMO was able to step up quickly to provide drug product services for Moderna during the pandemic, as Samsung CEO John Rim explained in a recent letter to shareholders.

“Samsung Biologics was the first in Korea to perform fill/finish manufacturing of Moderna’s COVID-19 mRNA vaccine and obtain approval from the Korean Ministry of Food and Drug Safety (MFDS),” said Rim. “Samsung Biologics will continue to dedicate itself to providing a reliable supply of COVID-19 vaccines and treatments and contribute to the ending of the prolonged COVID-19 global pandemic.”

The CDMO has since built on its experience in mRNA vaccine production and expanded its capabilities, adding a facility for mRNA drug substance production. The new facility enables Samsung Biologics to manufacture the active drug substance in mRNA vaccines and transfer that substance into the final drug product for patient use. These processes include DNA linearization, coating of mRNA in liquid nanoparticles, aseptically filling vaccine vials with mRNA, and providing cold chain storage.

And while Samsung Biologics’ experience during COVID-19 was a catalyst for its increase of mRNA vaccine production capabilities, the expansion has positioned the CDMO to play a role in the development of mRNA therapeutics for other applications.

“Now, mRNA technologies are frequently being used in abundance as drugs in clinical trials, targeting well-known diseases, including cancers, further highlighting the benefits of CDMOs adapting to their production,” said James Park, executive vice president, and chief business officer at Samsung Biologics, in a recent article in the European Biopharmaceutical Review.

In the article, Park lists several potential applications for mRNA vaccines, which have an advantage over traditional vaccines in terms of their editability and the speed at which they can be manufactured. Park notes that current research into mRNA vaccines includes applications such as ovarian cancer, lymphomas, melanomas, glioblastomas, ischemic heart disease, and infectious diseases such as HIV, Zika virus, and Chikungunya virus.

“The ability to support the production of emerging drug modalities including mRNA will be key to overcoming the hurdles associated with overcoming disease globally,” said Park. “As mRNA can be easily edited, it has the potential to offer a ‘plug-and-play’ style platform, delivering the unprecedented versatility needed to respond to unfamiliar biological threats rapidly.”

While the first project to utilize Samsung Biologics’ expanded mRNA vaccine production capabilities is the production of COVID-19 vaccine candidates for GreenLight Biosciences, the CDMO has equipped itself with the versatility to respond to demand as mRNA technology develops for other applications.

And according to Huisub Lim, lead scientist in mRNA technology transfer at Samsung Biologics, there’s potential for the development of mRNA vaccine production technology to lead to advancements in other areas, such as cell and gene therapies (C&GT).

“Despite the difficulties associated with supporting the manufacturing of this relatively new and unfamiliar technology, some CDMOs rose to the challenge and embraced the learning curve,” said Lim of mRNA vaccine production in a recent roundtable. “They balanced the needs of these new projects with those ongoing by expanding their facilities and capabilities. As a result, these CDMOs are now better placed than ever to support emerging technologies, including cell and gene therapies. Their experience pivoting to accommodate new processes and optimizing them will go hand in hand with their increased capacity to smoothly scale C&GT manufacturing and development to commercial sizes in the future.”

The Future of mRNA Vaccine Production

It remains to be seen how mRNA therapeutics and mRNA vaccine production will develop in the near future, but the mRNA-Based Therapeutics Summit was evidence that there’s both significant interest and potential in these new technologies. With its expanded mRNA vaccine production capabilities, Samsung Biologics will look to continue to stay involved in this innovative and growing sector of the biopharmaceutical industry.