Home » Headlines » U.S. » Girl Shoots Father after Plotting With Friend for Them to Kill Their Families

An unnamed girl, 12, has been arrested for planning to kill her family and then have her friend kill her family also. The two friends plotted to kill their individual families and then escape to Georgia to start a new life – said the Parker County Sheriff’s Office in Texas. 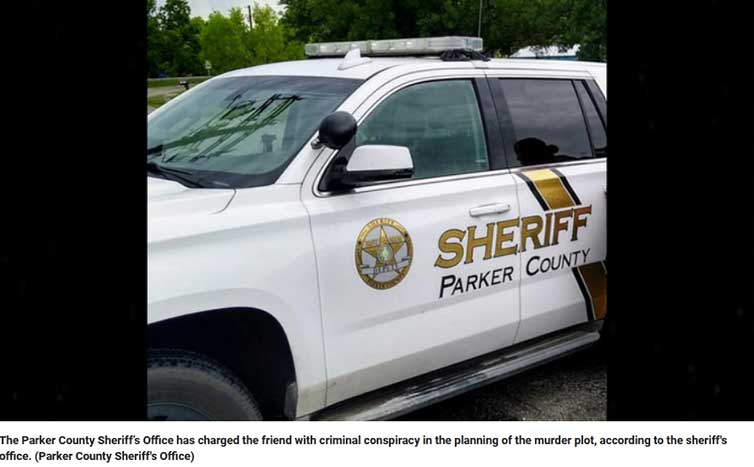 The first girl fatally shot her father and then shot herself also – but the second girl failed to carry out her own plot.

The police in Weatherford – 30 miles from Forth Worth – responded to a report of a shooting at about 11:30 pm on Tuesday. They found that the girl had shot her father in the stomach, and was lying in the street on top of a handgun, with an obvious self-inflicted gunshot injury to her head. Police said it appears she fled after shooting her father, 38, before turning the gun on herself.

They were both flown to the hospital and their conditions remain unknown.

Investigators said the plan was for the girls to kill their families and pets – and then have the first girl pick up her friend in Lufkin, Texas – 230 miles away – before driving to Georgia. The friend was charged with criminal conspiracy to commit a murder, said the Parker County Sheriff’s Office.

While the police are investigating the motives for the attempted murders, the authorities said they would not be inclined to release much information since the perpetrators are minors. Their names and age will not be revealed, and the name of the first girl’s father will not be released to protect the identity of the girls.