Home » Headlines » Technology » Minimal or Maximal – What’s The Near Future of In-Car Tech?

Minimal or Maximal – What’s The Near Future of In-Car Tech?

Poke your head into the cabin of any car made in the past few years and you’ll see a plethora of sophisticated technologies. Cutting edge assistive tech leveraged for your comfort, convenience and, of course, safety. Bluetooth connectivity allows you to do anything your smartphone can do safely and efficiently with no need to worry about the penalties of in-car phone use. Lane Assist and Adaptive Cruise Control can mitigate the risks associated with driving long distances on the open road. And things like SatNav or Speed Camera Alerts which were once considered luxury after-market add-ons a scant decade ago have now become completely quotidian. 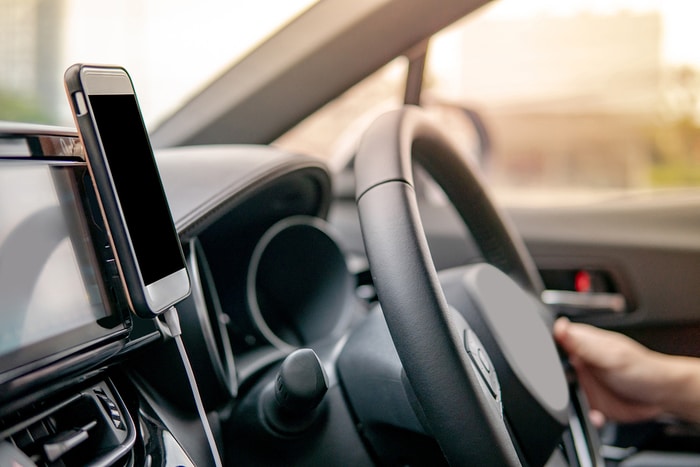 But what does the future hold for in-car tech? As automotive brands scramble over one another to innovate in ways that will make vehicles safer, more sustainable, more comfortable and less prone to driver error, this competition has led to some exciting innovations.

From Tesla’s minimal touchscreen-only interior and Mercedes’ voice-commands to the Honda E’s futuristic dashboard what sort of functions, tricks, gadgets and other features can we expect to see in the near future?

Remember when the tech in Spielberg’s Minority Report seemed so impressive but just out of reach? Now it seems right around the corner, especially where vehicle automation is concerned. We’re already seeing steps forward in the world of taxis and passenger transport. The ride-sharing giant Uber has already pipped manufacturers to the post by sending out completely automated vehicles on the streets of Pittsburgh PA.

Mercedes is snapping at Uber’s heels too, with its autonomous electric vehicle the Vision Urbanetic. This vehicle has an interchangeable compartment which makes it able to carry both passengers and cargo with ease.

Of course, there are still a number of practical, logistical and economic factors to consider when it comes to the long term viability of self-driving vehicles. But we can’t deny that the steps being taken are exciting.

From Ikea’s mobile app to Pokemon Go! We’ve seen augmented reality at work in a number of contexts in recent years. And it doesn’t take a huge logical leap to imagine the potential benefits of incorporating AR into vehicles. At the 2019 Consumer Electronics Show, WayRay- a tech company that specializes in AR, unveiled their new windscreen technology which overlays an animated 3D display over what the driver can see.

This can help improve hazard perception or even gamify the process of driving more efficiently and economically. Driving instructors may also find them invaluable in teaching their students the rules of the road in a safe and easy to understand way.

If you’ve ever had to drive long-distance with tired and grumpy kids in the back seat, you’ll likely know that placating them is no easy task, even in the digital age. It seems like there’s never a book, cartoon or game that can sufficiently distract them from their boredom or discomfort.

But Audi has recently unveiled a technology called Holoride which creates an immersive VR experience that can keep kids entertained and engaged throughout their journey. Holoride is more than just a game, it actually uses the in-car dynamics of the journey in the virtual world. If the car slows down and makes a turn, so does the game.

Not only can this keep capricious kids entertained, Audi suggests that it can also aid in combating motion sickness.

Lane assist and front assist cameras as well as parking sensors are already widely in use to make it easier for drivers to perceive hazards on the road. Recently, however, Nissan has unveiled technology that takes hazard perception to a whole new level.

Its new technology I2V creates a 360-degree map of everything in the vehicle’s immediate vicinity including other vehicles, pedestrians, cyclists, etc. This will one day help drivers not only better perceive hazards in front of them but also get an early warning if a potential hazard lies just around the corner.

Finally, new biometric technologies like fingerprint technology can help make it easier and more secure to access our vehicles. Hyundai has already begun implementing fingerprint recognition technologies to allow access to your car and start the ignition. A great potential deterrent to thieves!

Some of these technologies will only have a minimal (yet meaningful) impact on the driver experience while some promise to revolutionize it all together. One thing’s for sure though, these are exciting times for drivers!