Establishing, managing, and enhancing the reputation of a company, organization or individual is the prime function of public relations (PR). Public relations attempts to persuade any interested parties to see a client in a particular way. For example, polls may show a government figure to be losing relevance among the younger generation. It might be a good idea for this person to hire a public relations specialist to establish, manage, and enhance their social media presence because younger generations are highly connected in terms of social media and this may net positive results in future polls. 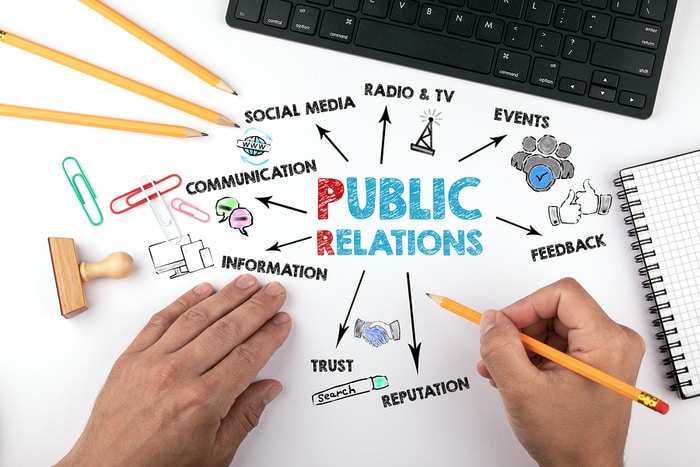 It’s essential to define what the “public” means in terms of public relations.

Expert political strategist and CEO Neal Kwatra states: “The ‘public’ is really anyone who may form an opinion about the represented client. It can be an endless number of media groups, organizations, voters, companies, online bloggers, and more.”

Who the client is and what they do professionally dramatically influences the number of potential groups that PR must cater to initially. For example, a singer/songwriter who has already garnered a reasonably large following before hiring professional PR will generally have more “up-front” groups to cater to than an unknown novelist who has recently written a best-seller.

The 3 main tools used in PR:

A public relations specialist can help establish, manage, and enhance a public figure’s image for any public that may form an opinion about the individual, company or organization. The increasing level of transparency in today’s world increases the need for PR to help manage the way public figures are viewed.

6 Things You Should Do to Prep Your Home For Fall < Previous
Minimal or Maximal – What’s The Near Future of In-Car Tech? Next >