Juul to Pay $1.7 Billion to Settle 10,000 Lawsuits over Vaping Concerns

Juul Labs has consented to shell out $1.7 billion to settle about 10,000 lawsuits over the safety and marketing of its vaping products in several states. The lawsuits were filed by individuals, school districts, local governments, and other categories of litigants who claimed that the products were either addictive or targeted at minors. 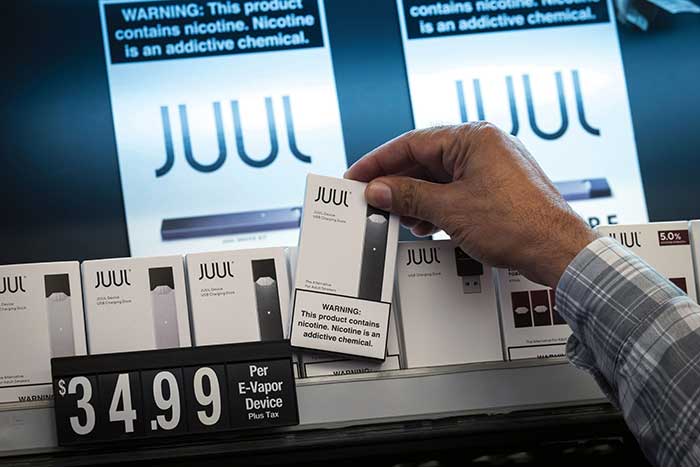 It will take up to February next year for potential beneficiaries to know how much they will be getting from the lump compensation. The finalization of distribution amounts will be settled after US District Judge William Orrick approves the final settlement. A claims process will be created and potential beneficiaries will apply to have their claims approved and paid out.

According to attorneys, most beneficiaries will receive at least $1,000 while others will receive significantly higher amounts – before attorney fees and other deductions are made. Lawyers are still working on implementing a transparent process for settling the compensations in line with personal injury claims, class-action lawsuits, as well as those initiated by organizations and local or state governments.

Apart from the $1.7 billion lump settlement, Juul in September agreed to pay $438.5 million to states investigating whether the company targeted minors with its e-cigarette marketing campaigns. The states criticized the company for using young models in marketing efforts and using images of fruits and dessert flavors that particularly appealed to minors. The litigants claimed that such ads would attract adolescents to try out the vaping products and to be hooked on them.

Although Juul denied targeting minors in its marketing ads, it continues to yield to the need to make settlements over most of the litigations it is facing. The litigation launched by several states however stopped the company from ad campaigns that appeal to younger folks. The Food and Drug Administration (FDA) disallowed Juul to keep its vapes and pod in the market, but the courts allowed it and the products to remain in the market while the FDA continues to review its options.