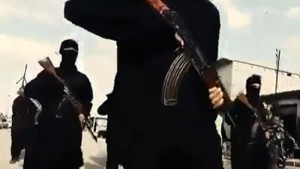 A group that calls itself the “Islamic State Hacking Division” has reportedly posted a hit list of American service personnel on social media with a call for members and supporters in the United States to deal with them. According to the New York Times, the personal information of 100 U.S. military members was posted on a website, including the names, photos and addresses of the service members. The U.S. Marine Corps released a statement saying that Navy and Marine personnel affected by the posting will be notified. The U.S. Defense Department is investigating the incident.

These military members were apparently targeted because they have helped in the fight against ISIS. The group said that the chosen personnel participated in efforts to defeat the group in Syria, Iraq, Yemen and other areas. The group said in the web posting, “With the huge amount of data we have from various different servers and databases, we have decided to leak 100 addresses so that our brothers in America can deal with you.”

The posted personal information appears to have come from public records, online searches, news reports and social media. Some of the personnel on the list have appeared in news articles on airstrikes on the group. Names also appear from official reports on the Islamic State campaign issued by the Defense Department. However, other armed services personnel who have had nothing to do with the bombing campaigns were also included the list, including B-52 crewmembers stationed in Louisiana and North Dakota.

Members of the military have been encouraged to limit access to their social media information to just those they know personally and to refrain from putting certain identifying information into their social media postings. While the Department of Defense has not yet verified the authenticity of the information, military service personnel are urged to be cautious. The military may also start rethinking its policy of allowing members of the media to be embedded with military personnel in the field and of allowing military members to be identified in media reports.