Non-Fungible Tokens (NFT) is a virtual unit in blockchain or a non-fungible token. Simply put: it is a unique “code” confirming your right to own a specific digital asset. 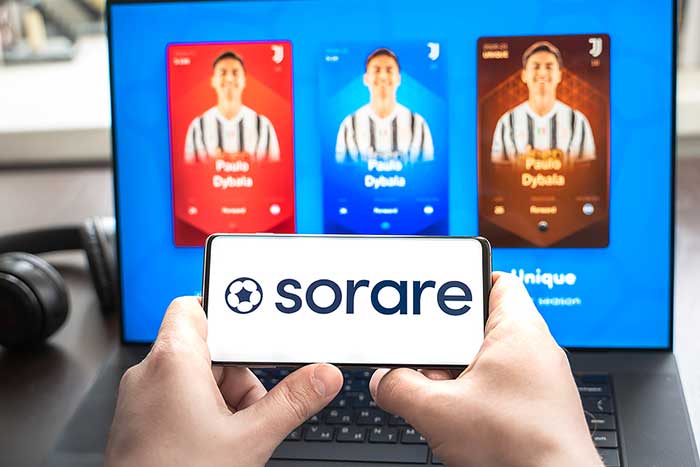 An NFT token secures your right to own the purchased product—precisely the virtual version or copy.

And the code can’t be tampered with or stolen. It’s stored on blockchain platforms. Such a level of security does not mean that someone cannot draw the same picture: you can, and there have even been successful experiences with NFT-token counterfeiting. But the original is still the original.

Why do these pictures cost so much?

Creating a token is not the most straightforward procedure. First, the product has to be transformed into a token, go through a minuting process. Time, electricity, and commission cost money. Most importantly, NFT is trending right now. The author or the auction house sets the starting price for the lot. And then the figure multiplies the fame of the author and a simple hype.

The blockchain company Injective Protocol held a high-profile action. It bought a stencil by anonymous artist Banksy called “Morons (White)” for $95,000 from the Taglialatella Gallery in New York. Injective Protocol then exemplarily burned the sheet with the stencil and online “turned” it into a digital copy.

Although it seems that a perfect description of the hype on NFT is the story about the Nyan Cat meme: a pixelated cat on a rainbow sold for $600,000.

How do sports use the NFT?

There are two trends: the athletes themselves as objects for content with NFT tokens and NFT as a business aimed at interacting with fans.

In the first category, athletes create their cards or art with artists. One of the first was American soccer player Patrick Mahomes, who decided to launch the “Mage Museum,” a series of digital art about himself that cost $15,000 apiece. His NFL colleague Rob Gronkowski has sold $1.2 million worth of cards. American athletes, in general, are very active in this direction.

Anyone could find the news on this sensation at bookmaker-ratings.com, as well as another positive that blockchain gave us. Many big betting operators use bitcoin as a payment option, and players can precisely find out who does through this site reviews.

One of the biggest UFC fighters, Khabib Nurmagomedov, has his own NFT-collection too. And there are three kinds of cards: “Gold Cards” cost 2.9 thousand dollars, “Platinum” – 29 thousand, and the only most expensive lot, “Diamond” is now trading for 290 thousand dollars. Its owner will be able to meet with Khabib.

Of the football players, the NFT-collection was promised by Bayern player Alfonso Davis. However, the brightest of all was Lionel Messi. One of the best players of our time presented three digital artworks created by the famous graphic artist Kode “BossLogic” Abdo.

He often worked on illustrations for comic books and superheroes, and he also drew art for “Assassin’s Creed Valhalla” videogame. It’s the game industry influence that’s noticeable in the artwork for Argentine. The success of Messi’s NFT-collection (which is unlikely to fail) may encourage other sports stars to take a closer look at the new technology.

The second category is business. The NBA is already trading cards with NFT tokens. Given the sports card culture that has developed in the U.S., this is a promising direction.

Alexander Ovechkin announced the token launch. “I think the digital collection is cool. For years I’ve been signing autographs and taking pictures with fans. I understand that digital art can be kept forever, I think the fans will enjoy it,” Ovechkin told ESPN.

Another important example is the game of fantasy soccer with refreshed rules. You can now buy your favorite player’s number or make a lucrative club swap deal online on Sorare’s digital platform. Many clubs have signed a contract with the leading online sports platform, which builds on NFT.

Partnering with Sorare is an essential step for smaller clubs to help with the team’s digital development. In addition, the platform has already signed partnership agreements with prestigious clubs such as Bayern, Juventus, and Liverpool FC.

That’s how NFT affects video games. The platform works based on digital cards awarded to a soccer player. Each of these cards is unique and verified using blockchain technology, which allows for special certification.

The system works on the Etherium network, which provides high security. Experienced users have already accumulated collections worth tens or even hundreds of thousands of dollars. It is essentially the same as the plastic cards that are so common among collectors. In this case, they are digital, and blockchain technology allows transactions with them as if they were physical goods.

Sorare currently has cards from more than 155 soccer clubs and has more than 450,000 registered users on the platform, with 100,000 actively making transactions each month.