French forces in southern Mali have killed the leader of the Islamic State (ISIS) in the region, Adnan Abu Walid al-Sahrawi. French President Emmanuel Macron said Adnan was killed with a drone strike while riding a motorcycle with other passengers. Macron said the sting operation was led by French forces with support from the US, EU, Malian, and Nigerien soldiers. 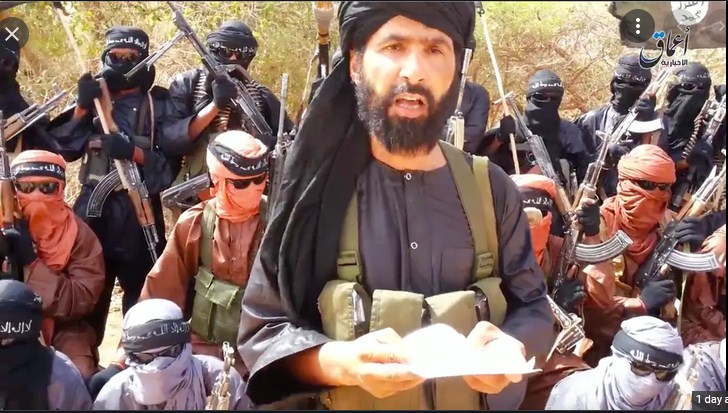 Adnan was reportedly killed some days ago, but President Macron did not announce his death immediately until his real identity had been verified. Following the strike, 20 French soldiers were deployed to verify Adnan’s identity and confirm the number of casualties which was put at around 20.

Macron said Adnan was the “enemy No. 1” in the Greater Sahara region of the Sahel and that he ordered the killing of several US soldiers, French aid workers, and several foreign troops. He was said to have also overseen attacks on more than 3,000 civilians. The French president said Adnan’s death will weaken ISIS in Africa and will decimate the jihadists in the region.

However, security analysts said the death of Adnan al-Sahrawi can only weaken the religious extremists temporarily, and that he will be succeeded by another dangerous leader. The French operation against terrorists in the Greater Sahara region is known as Operation Barkhane, and analysts called Adnan’s death a “tactical success” but not a long-term success.

“The death of Al-Sahrawi will likely disrupt ISGS operations in the short-term. But it is unlikely to permanently cripple the extremist group,” said Alexandre Raymakers, senior Africa analyst at risk intelligence company Verisk Maplecroft.

French Defense Minister, Florence Parly, said the French will not leave the Sahel but will continue to partner with American and European allies to fight terrorism in the region. French Foreign Minister Jean-Yves Le Drian encouraged African governments to reclaim lands and regions occupied by ISIS terrorists following Adnan’s death.

Adnan was born in Western Sahara and was a member of the Polisario Front. He lived in Algeria for a long time before moving to northern Mali, where he joined the MUJAO, a terrorist splinter group loyal to al-Qaeda. But he pledged allegiance to the ISIS operating in Iraq and Syria in 2015 and has since been carrying out the ISIS agenda in Africa.

Macron said recently that he will be reducing the number of French troops in Africa by 2,000. France has 5,100 soldiers deployed to five countries of the Sahel region, and these are Chad, Mali, Niger, Mauritania, and Burkina Faso. The reduction of French troops will allow other forces from allied nations to continue the war against terrorism in Africa, he said.