Google is not denying the fact that its self-driving cars have been involved in a series of road accidents, and the 2009 DMV approval for the road tests stipulated that any accidents involving the autonomous vehicles be reported as normal accidents, and Google has never failed in this regard to show the whole picture.

Google rolled out 20 autonomous cars for testing six years ago, but the driverless cars have been subjects of road accidents on 11 different occasions – even though Chris Urmson, the program’s director, said the accidents were caused by external factors and not necessarily by the cars. 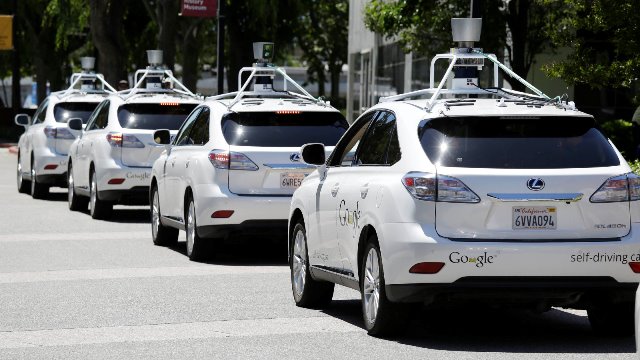 Urmson stated that in all the 11 accident scenarios, the self-driving cars were never at fault, adding that “if you spend enough time on the road, accidents will happen whether you’re in a car or a self-driving car.”

The project’s director clarified that most accidents actually happened on city streets and not on expressways, and that seven times out of the 11 accident scenarios, the driverless cars were hit from behind at traffic lights.

Urmson however assured that the tech-giant will continue to test drive the driverless cars on thousands of miles in order to fully understand situations under which an accident might occur, and then reworking the self-driving vehicles to master these situations and avoid them.

The Google’s self-driving vehicles were fitted with laser sensors, radars, and cameras among other high-tech devices so that it can perceive and react to environmental threats more readily than humans would ever be capable of doing. For instance, it could tighten its seat belts and move away from accident scenes to lessen damage risks at any crash site.

Urmson also said in a blog post that the sensors and software deployed into the cars could handle potential accident situations more smartly than any human could do, yet it won’t be completely impossible to totally avoid certain accidents where distance and speed are determining issues.

While Google said that the cars had been hit several times from behind while waiting for the lights to change, the tech-giant is the first company to completely disclose accident issues with its driverless, autonomous cars.