Home » Headlines » Business » Gap Inc. to Shut Down Hundreds of its Stores in Malls by 2024

Gap Inc. to Shut Down Hundreds of its Stores in Malls by 2024

Gap Inc., which is one of the major fixtures in malls, has announced plans to close at least 30% of its outlets scattered in different malls across the country. The San Fransisco-based company stated that about 350 stores of the Gap and Banana Republic stores scattered in malls in North America will be shut down. 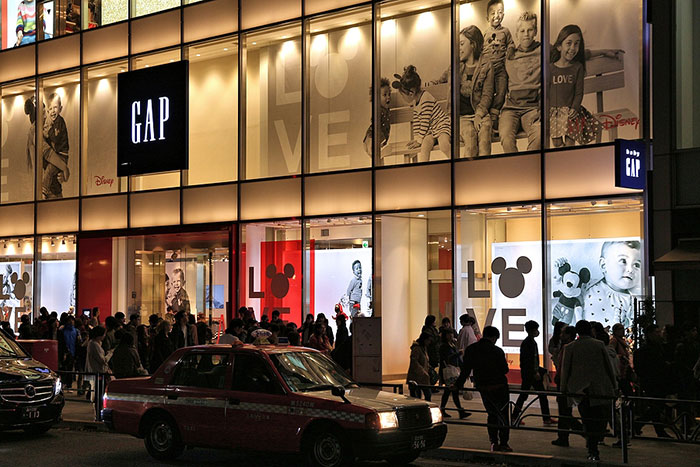 Most of the affected stores, as announced by Gap are struggling stores. The company announced that the decision is one of its steps towards repositioning and restructuring its branches to follow the new shopping trend.

Gap Inc announced that the 350 stores are about 30% of its stores in North America and that shutting them down will leave about 870 Gap and Banana Republic stores. Gap executives have announced that the change will not be affected immediately as the plan is to shut down the stores during the first months of 2024, ABC News reports.

The executives also announced that the company is shifting focus towards e-commerce as shoppers are gradually going for online shopping rather than walking into stores. The company said that it will also focus on other off-mall outlets such as strip mall spaces and outlet stores. About 80% of Gap Inc’s Gap and Banana Republic’s income will come from online stores, strip mall spaces, outlet stores, and other off-mall outlets.

Gap and the Banana Republic are not the only clothing store of Gap Inc. which is also the parent company of Athleta, Intermix, and Hill City. The company is one of the biggest clothing retailers in the United States and experts have speculated that the pandemic would have a notable effect on its mode of operation. Gap Inc. has been involved in different lawsuits with mall owners and other landlords over non-payment of rent amidst other things.

The pandemic has changed the mode of operation of a lot of land-based stores and outlets because many shoppers have shown a preference for shopping online rather than visiting rowdy malls and outlets.