A schoolteacher who taught history classes was been murdered by an unnamed assailant who got shot to death himself by the French police on Friday, CNN reports. The incident happened on Friday at Conflans-Sainte-Honorine, a suburb of Paris. France President Emmanuel Macron visited the scene and condemned the brutal decapitation of the unnamed history teacher. 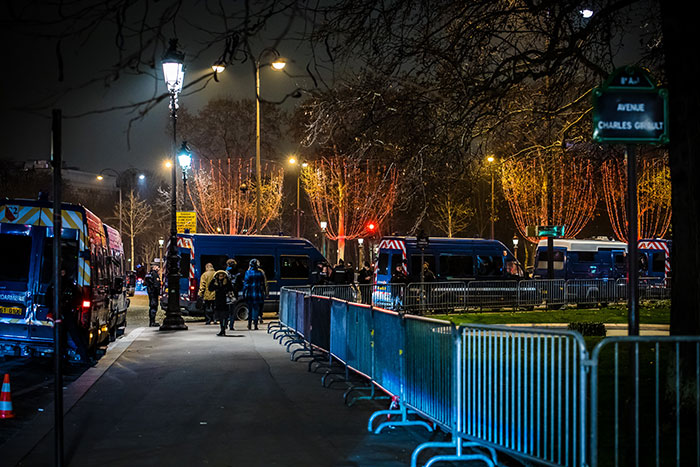 According to the French National Anti-Terror Prosecutor’s office, the secondary school teacher was trying to illustrate a valid point about the 2015 Charlie Hebdo attacks in which a group of Muslims had massacred the workers of the newspaper. The teacher had reportedly asked Muslim students in his class to step outside the class so as not to offend their sensibilities before going ahead to make his point to the remaining students with a caricature of the Prophet Mohammed.

Several Muslim parents had written to the school to object to the use of the Islamic prophet’s depiction of history lessons. But a number of other parents said the teacher took care not offend the religious loyalty of many of his students, CBS News reveals.

“My son told me that it was just to preserve them, it was out of pure kindness because he had to show a caricature of the prophet of Islam and simply said to the Muslim children: ‘Go out, I don’t want it to hurt your feelings,’ that’s what my son told me,” Nordine Chaouadi, a parent of a student at the school, had said.

President Macron stated that the slain teacher was a “victim of an Islamist attack” who was “killed because he was teaching students the freedom of speech, the freedom to believe and not believe.” Interior Minister Gerald Darmamin and Education Minister Jean-Michel Blanquer among many top government officials condemned the attack, noting with concerns that Islamic radicalism is fast gaining ground in France.

The body of the victim was found in Eragny-Sur-Oise, northwest of capital Paris, in Conflans-Sainte-Honorine, while the suspected killer was cornered by the police and killed nearly 600 yards from where the teacher was slain. The prosecutor’s office said the suspect had a knife and an airsoft gun which fires plastic pellets, but he failed to obey police orders and acted in a threatening manner when asked to put his hands down. So he was shot and killed on the spot.

The suspect is identified as an 18-year-old boy from Chechen in Moscow who did not attend the secondary school where the teacher taught.