Two men who are members of a far-right extremist group are facing criminal charges of the conspiracy before a federal court, the Justice Department said on Friday. Dominic Pezzola and William Pepe were indicted for being involved in the Capitol riot on Wednesday, January 6. The department said the men are being charged for colluding to stop the counting of the Electoral College vote, an action which amounts to disruption of constitutional proceedings. 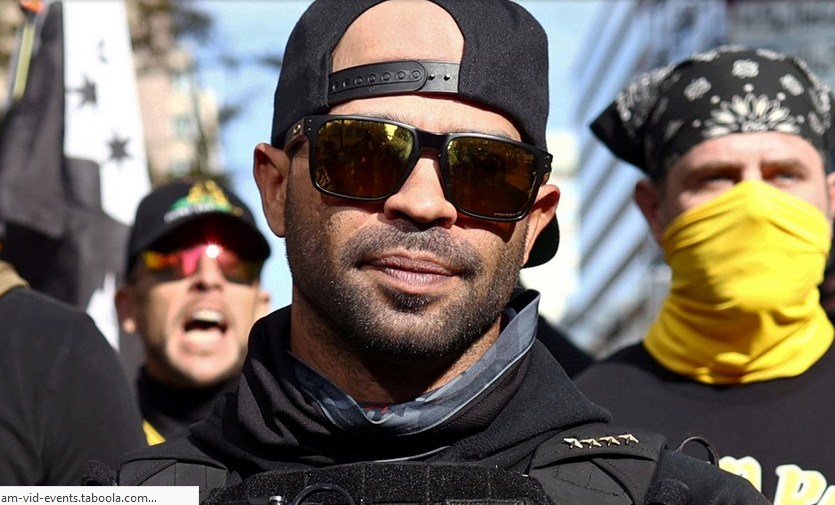 Pezzola is a 43-year-old ex-US marine while Pepe is a 31-year-old worker of the Metro Transit Authority. Both men are from New York State. According to the DOJ, both men were apprehended a couple of weeks ago, after police officers presented the DOJ their criminal complaints which later led to Friday’s indictment.

In addition to the conspiracy charges, the two New Yorkers are being indicted for entering, remaining in, and being chaotic and disruptive in a restricted structure, without authorization, thereby disrupting a constitutional proceeding. Pezzola who shattered one of the building’s windows is facing more charges including, theft of Capitol property, assault of Capitol Police officers, violation of Capitol property, and violence, CNBC reports.

Footage taken at the scene on January 6 shows the ex-marine shattering the window with a shield, presumably belonging to a Capitol Police officer. Other rioters later breached the hallways and offices of the building through the shattered window. Pezzola also allegedly voiced the intention to murder Nancy Pelosi, the Speaker of the House of Representatives, and ex-VP Mike Pence.

The Transit Authority said it has suspended Pepe, stating that he had been untruthful about the reason for failing to show up at work on that day. Pezzola and Pepe were also one of the rioters who helped breach Capitol grounds, authorities said.

Pezzola and Pepe’s group, the Proud Boys, has been previously flagged for extremist activities and beliefs with quite a number of their members embracing white nationalism and antisemitism. Both men are part of the nearly 10 members of the gang currently being charged for their involvement in the attack, according to reports.

Authorities said the officials they placed on their cases are prosecutors and agents that are experienced in handling cases of groups suspected to be involved in terrorism and other similar issues that threaten national security.

Pepe’s lawyer has not commented on the case but Michael Scibetta, who is representing Pezzola, told reporters that authorities have prohibited him from visiting the ex-marine in jail. Scibetta said they are making it difficult for him to do his job of properly defending his client.