Home » Headlines » Editorials » Christmas 2020: Traditions and Celebrations Around the World

Christmas 2020: Traditions and Celebrations Around the World

Christmas this year is certainly going to be different for many across the globe, due to the pandemic. Some countries have seen virtual family and office party gatherings, Santa visits behind plexiglass, and even little chocolate masks on Christmas chocolate figurines. 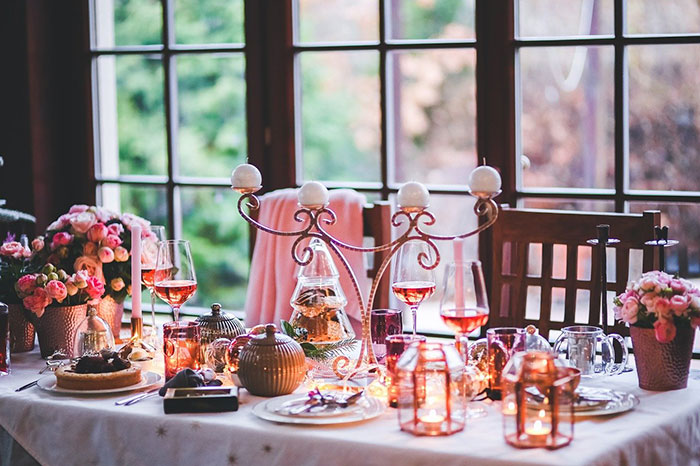 But with a form of festive spirit still guaranteed, we’ve put together some Christmas traditions from around the world, as well as several new types of seasonal celebrations taking place in this unusual year.

Although some traditions in Brazil are similar to the US or UK, there is one thing for certain that is not – the weather. It tends to be hot over Christmas in Brazil, so going to the beach on the big day is a popular choice.

Another delight is the annual Lumina Festival in São Paulo. It features an indoor light exhibition of over 200 illuminations and sculptures, but was only visible by car this year, as Brazilians experienced the festival as a drive-through version. There are also often big fireworks displays to celebrate Christmas, and again at the end of the month to celebrate the end of the year.

Papai Noel, translating into Father Christmas, travels from Greenland to Brazil to give out presents. Christmas foods include pork, turkey, ham, salads, and fruits, all served with rice cooked with raisins.

One of the most important traditions in Italy is the displaying of the Nativity scene, typically put out on December 8th, with the figure of baby Jesus placed in his crib on the night of Christmas Eve. The nativity scene display is now a common occurrence in many countries but is believed to have gained its popularity in Italy in 1223.

Naples is famously known for its nativity scenes, known as Presepe Napoletano, dating back to 1025. They usually include a variety of additional everyday people and objects, but this year saw some changes to the displays with some craftsman creating mask-wearing figures and even a Nativity scene made of pizza – displayed in the church of Santa Chiara.

At Christmas, the tradition is that if the weather is cold, you can warm up with a hot chocolate and a slice of Panettone, a fruity sponge cake that has made its way across the continents to feature in UK stores at Christmas too. It is common for the Christmas meal to consist of different fish dishes, with the types of fish and how they are served varying between different regions in Italy.

The Day of Epiphany is also important to Italians, taking place on January 6th and when family gifts are usually exchanged, while Babbo Natale, the Italian name for Santa Claus, brings presents on Christmas Day.

Christmas decorations in the UK usually start earlier than other parts of the world, but this year saw the festive decks go up as early as October – the idea that they give some much-needed joy and cheer in a difficult year. Traditionally, a UK house is decorated with lights and all things sparkly, both inside and outside. Those with huge displays can usually be admired by the public with a donation to a local charity. Other decks include holly and mistletoe, and of course a Christmas tree.

The British public is also used to a cold December, but there is always the hope for White Christmas on the 25th. Building a snowman and riding sleds have been part of UK Christmas traditions, and with the odds on a White Christmas this year and the Met Office predicting a slight possibility of snow, these icy activities could be part of a 2020 Christmas as well – socially distanced of course.

Presents are exchanged on December 25th, with stockings left out by the fire or the end of the bed, to be filled by Father Christmas the night before. The Christmas meal consists of a roast turkey and roast potatoes, with plenty of vegetables and gravy, and for some, sausages and bacon – known as ‘pigs in blankets’. Sweet treats include classic mince pies and Christmas pudding, which have a love/hate relationship with Brits.