5 Things You Need To Know About Apple’s Big Sur

The era of macOS X and macOS 10 is finally over. 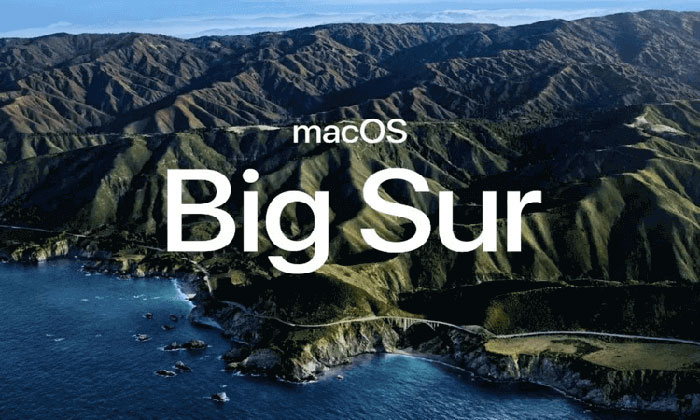 Say a big hello to Apple’s new macOS 11 with the all improved high-performance Big Sur. The new macOS was one of Apple’s two big-ticket announcements. The other being the launch of Apple’s first truly homegrown or home-made, whatever you would like to call it, M1 Silicon Chips.

You could say that this was probably an announcement, which was right up there with the launch of the first iPhone, the iPad, or even the iPod. However, now unfortunately we do not have the marketing charisma of Steve Jobs.

Hence, these big announcements might not have gotten the kind of reach they would have had Jobs been around.

Apple’s new macOS Big Sur: What is it?

The defining figure you need to wrap your head around is 20 Years.

Yes, that is how long it has taken Apple to make the transition from macOS 10 to macOS 11. Even now Big Sur is still in its Beta stage with Apple’s developers still fine-tuning a lot of aspects based on user inputs.

The Big Sur will come pre-installed on all-new MacBook Air and Pro laptops. Needless to say, these new MacBooks will be powered by the new M1 chips.

However, older users, the ones that have Intel chips need not worry. If you have a system, which was manufactured in 2013 or later, you will be able to update to macOS 11 easily.

Right off the bat, the performance is great! All the lags, struggles, and impediments you faced with older macOS’ are gone. The experience is far more fluid and you will immediately fall in love with the now-familiar iOS theme Apple has mimicked on the Big Sur.

Apple says that this is the first major update they have made to Safari since 2003! Safari uses a lot of ML to load your most visited websites faster. It also allows you better management of your tabs, in addition to including a new privacy feature. The privacy tab shows, which websites are storing what kind of data from you. It also offers password protection.

This is one area where Apple was directly influenced by Android and Samsung. We have already seen widgets on the iOS 14 and it now makes its way to the new Big Sur. The big and bulky nature of the widgets makes life a lot easier. Calendars, Message notifications, Weather updates all find a place on your Home Screen. Thank you, Apple, we needed this badly.

Older MacBook users will really find this change to be appealing. A lot of us who use iPhones do not use the MacBook. We still prefer Windows. However, Apple in its quest to bring the same loved user experience to macOS 11, has an iOS inspired interface. The result is a better, more friendly, and easy user interface, which is relatable and identifiable.

While the Big Sur has been lauded on several fronts, it still does not offer NTFS read-write support. You have to just do with the read-only functions available or use limited coding skills to make manual changes in Apple’s Terminal. Some people use Boot Camp to use NTFS drives in Windows on Mac computer. However, on new M1 chip Macs, dual bootup is disabled and Boot Camp can be used. Personally, I would still prefer to use a credible third-party software to read-write NTFS on Mac Big Sur.

Apple is looking to compete with the likes of WhatsApp and Messenger with its new group messages feature. At first glance, it is simple, easy, and pretty eye-catching. On the convenience front, you will find a close resemblance to the Messenger. However, Apple is famous for doing things in its own style and here too you will see the same. You can also create a ‘Memoji’!

To say that the new macOS 11 Big Sur is perfect in every respect would be an oversimplification. Most reviewers are using the Big Sur in the new M1 powered MacBook. The true test of performance will come when it is tested on an older Intel chip MacBook.

Yes, there is no doubt that this is a big step up for Apple. However, the NTFS read-write functions, something, which everyone was asking for have once again been ignored.

What is Job Burnout, and How Can You Prevent It in Your Employees? < Previous
Christmas 2020: Traditions and Celebrations Around the World Next >