A microchip that mimics human organs may hold the key to ending animal testing one day. The chip was created by scientists at the Wyss Institute at Harvard University and has won the Design of the Year award from London’s Design Museum.

Founding Director of the Wyss Institute Don Ingber says, “This is a big win towards achieving our Institute’s mission of transforming medicine and the environment by developing breakthrough technologies and facilitating their translation from the bench top to the marketplace.”

Ingber explains that the chips “allow us to see biological mechanisms and behaviors that no one knew existed before.” This includes mechanisms and activities that occur in human cells but not animals. 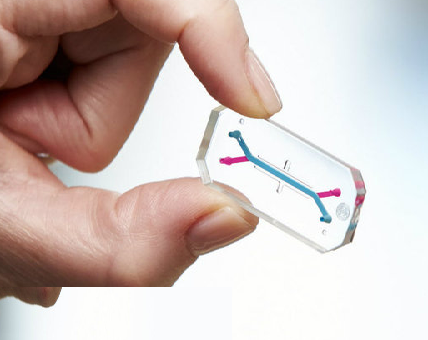 Each chip is made up of a clear polymer stick that contains micro-channels that are lined with human cells that mimic the tissue structures and functions of actual organs, allowing scientists to observe the cells in real time. The chip can mimic organs such as the heart, lungs, and kidneys. The Wyss Institute plans on creating 10 different organs-on-chips to eventually build a full network of chips to replicate a whole person.

This technology would allow for the testing of drugs and cosmetics to occur at a faster rate and at a lower cost. Most importantly, it could do away with the need to test drugs and other products on animals at a time when public support for animal testing is beginning to dissipate.

People for the Ethical Treatment of Animals (PETA) estimates that 100 million animals are used every year for chemical, food, cosmetic, or drug testing. There are also studies that question whether or not animal testing actually translates to humans.

The organs-on-chips are still in the early stages of development, so it could be years until the technology is ready to replace animal testing. However, Ingber is confident it will one day allow for drug testing with greater speed and accuracy than what currently exists. The researchers of organs-on-chips have already founded a startup called Emulate with the hopes of getting pre-clinical trials underway.