The time of the PlayStation 4 is nearly at an end. It’s been one of the greatest video game consoles of all times, and we’re all going to miss it when it’s gone. Well, we say that now, but in truth, we’ll probably have forgotten it ever existed the moment we get our hands on its replacement. Right now, though, it feels like a good time to sit back and reflect on some of the great games we’ve enjoyed on the Sony console during the past few years. Once we’re done reflecting on them, it’s probably time to play a few – and at a knock-down price! 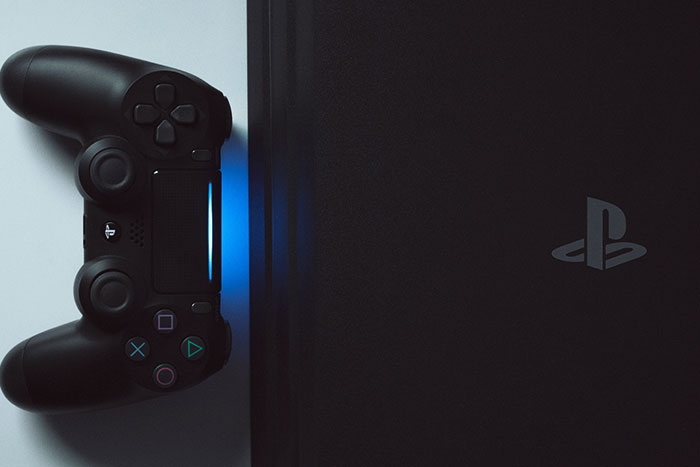 Every month, the PlayStation Store takes a few of the console’s all-time greatest games and makes them available at a discount for players. The sale is always worth looking at, but this month – perhaps because, if we’re very lucky, it’s the final month before the PS5 becomes available – they’ve outdone themselves. There’s both an ‘Essentials Sale’ going on, and also an ‘under $15’ sale where you can pick up a great game for less than the price of a takeaway meal for one.

We know you’re itching to find out which games have become available (and for how much), so let’s dive right into it!

The Last of Us: Part II

After months of hype, “The Last of Us: Part II” was released for the PS4 just a few months ago, in June this year. In the brief period, it’s been available, it’s become the third highest-selling PlayStation game in US history. That’s a crazy achievement, and it’s even crazier that Sony is offering money off the game already, yet here we are. Even with money off, don’t expect to get this post-apocalyptic action-adventure game too cheaply. The discount is only ten dollars, and so it’ll still cost you fifty bucks to get it as a download. If it’s any consolation, just know that it will probably be the best fifty bucks you spend on a video game all year. We feel confident saying that even in the knowledge that the next PlayStation will come out before 2020 is over. If you don’t own it now, get it for less than your friends paid immediately.

If you’ve been playing video games for more than a decade, you might recall that “Batman: Arkham Asylum” and its sequel “Arkham City” were released for the last generation of consoles in 2009 and 2011 respectively. They were a huge influence on the style of Batman games of the future, with their look and feel extending as far as online slots websites. Numerous new takes on the idea of a Batman-themed online slots game have been released in the years since then, and most of them borrow at least a touch of the style of the highly-regarded ‘Arkham’ games. In terms of costuming and presentation, they might even have influenced the Ben Affleck incarnation of Batman on the big screen. We suspect that you didn’t know that the Online Slots UK existed, and we think you might also be unaware that both “Arkham Asylum” and “Arkham City” were remastered for the PS4 in 2016. You do now, and you can buy both games together for just ten dollars during September.

Like “Grand Theft Auto 5,” “Red Dead Redemption 2” appears to have achieved immortality as a video game. It’s been almost two years since it was released, and yet it still hosts thousands of players in its online modes every single day. If you’ve always wanted to give it a try put were put off by the price, it can be yours for $28 until September is over. You might be able to get the ‘standard’ edition of the game in stores for around that price, but this is the special edition. It comes with everything the standard version comes with (which is around 100 hours of story-driven gameplay), but also has an additional mission and several cosmetic perks, among other smaller rewards. If you’re going to buy it, you might as well get it in its final form.

Spider-Man: Game of The Year Edition

When “Spider-Man” came out in 2018, it was the one game that everyone went out and bought that year. The story mode might not have been long enough to sustain most of those players for more than a week, but the game’s huge world was so much fun to swing around that it scarcely seemed to matter. “Spider-Man” is, arguably, the best superhero video game of all time. Marvel was very proud of the reviews and awards that the game received, which is why they followed up the original with a special ”Game of the Year” edition that can now be yours to own for a mere twenty dollars. There’s a new “Spider-Man” game lined up for the launch of the PS5, so this is a good opportunity to get to grips with the last chapter of the story before the new one appears. Assuming, of course, that the two are linked. Even if they’re not, this is still a great game at a bargain price.

Is this a sequel? Is it a reboot? Why does this version of “God of War” take its cues from Norse mythology when the previous games in the series were all Greek in both inspiration and origin? We don’t know the answers to any of those questions, and nor do we think they matter. What does matter is that this is one of the PS4’s greatest games, and you don’t need to know anything about the previous “Gods of War” games in order to play and enjoy it? If you’re a veteran of the series, enjoy the story about Kratos and his son. If you’re not, just smash the monsters and stay for the adrenaline. It’s only fifteen dollars to pick up until the month comes to an end.

Not satisfied with the games we’ve listed? Well, you can also pick up “Death Stranding” and “Bioshock: The Collection” for low prices through the PlayStation Store this month, too! We don’t know how many more months that these offers will continue for, so if you’re going to dip your toes into the water, now’s the right time to act.