The twin-pressure cooker bombing at the Boston Marathon finish line in 2013 that killed three people and injured more than 260 others stands closed following the judgement pronounced by US District Judge George O’Toole.

The attack was one of the deadliest attacks on US soil since the September 11, 2001 attacks.

The District Judge while awarding the death sentence to 21 year old said that he will be remembered as a person who murdered and maimed innocent people and did it willfully and intentionally.

The story dates back to April 15, 2013 when two pressure-cooker bombs, hidden in backpacks, killed three people and wounded 264 others, including 17 who lost limbs.

The brothers, Tamerlan and Tsarnaev responsible for the attack went on the run and killed a police officer, before Tamerlan was shot dead and Tsarnaev arrested, four days later. 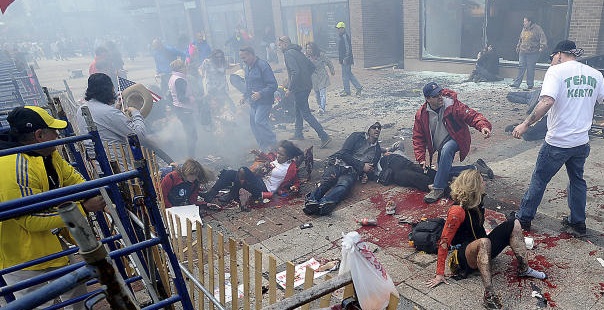 Tamerlan was found, injured, in a grounded boat on which he had scrawled a bloody message defending the attacks as a means to avenge US wars in Iraq and Afghanistan.

The 21-year-old Tsarnaev addressed the court for the first time on Wednesday, apologising for the irreparable harm and noting the strength, patience and dignity of the survivors who spoke against him, gathered in the courtroom.

I am sorry for the lives that I have taken, for the suffering that I have caused you, for the damage that I have done, irreparable damage,” said the ethnic-Chechen college student. I pray for your relief, for your healing”, he further added.

The apology came after Tsarnaev listened for about three hours as victims and their loved ones criticised him for his “cowardly” and “disgusting” acts.

Tsarnaev was escorted out of the courtroom by two U.S. marshals. Prosecutors said he would be taken to federal prison and eventually to federal death row in Terre Haute, Indo making him the youngest federal inmate.