Home » Headlines » Editorials » Best Places To Live In Virginia, and Why?

Best Places To Live In Virginia, and Why?

Virginia is hands down one of the best places in the U.S to settle down in. Even if you weighed the pros against the cons of each state in the country, you’ll find that Virginia still remains the top contender. 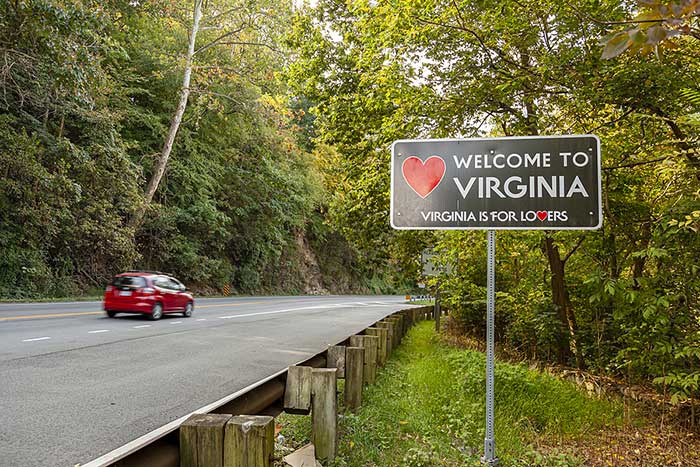 Virginia not only has an incredible reputation for being the state which produced the most U.S presidents (a total of 8) out of all the states. Not only that, Virginia, being among the states close to the mid-Atlantic region, boasts breathtaking natural landscapes, enjoyable temperate climates as well as amazing cultural diversity among many more things.

As far as statistics are concerned, across all of the states in the country, Virginia is just shy of being in the top 10 list of states with the highest per capita income, currently sitting at 11th highest. In addition, Virginia is home to 4 out of the 10 richest counties in the U.S namely Loudoun County, Falls Church City, Fairfax County being the top 3 in the list while Arlington County is at the 7th position.

Not only is Virginia at the forefront of providing recreational activities for the residents, but it’s also among the top in terms of educational quality and economic growth.

To this subject where Virginia becomes the state you want to move to, the next thing you need to figure out is which city is suitable for you. Here’s a list of places that are without a doubt, the cream of the crop.

To nobody’s surprise, Arlington is without a doubt, the best option to consider if you’re planning to settle in Virginia. With a geographical location placing it right in the middle of Washington and Virginia, Arlington is a city with a vibrant and festive community packed with everything you could ask for a place to live in.

Through a survey conducted by ‘livability.com’ Arlington is ranked as the third-best option out of a hundred places to choose from in the country. The tag of being one of the best places to live in isn’t just for show. In fact, Arlington rightly deserves this title because of its state-of-the-art educational facilities, low crime rate, amazing cultural diversity, vibrant nightlife, quick and accessible commutes, recreational centers, and many more.

Due to its reputation and offerings, Arlington’s cost of living is a bit high with the average rent being $1,827 and the median home value is $607,700. However, with an average of $105,763 house income, the residents are more than happy enjoying their comfortable life.

The Falls Church City is geographically closer to the metropolitan area of D.C. This makes Falls Church a very suitable place to move into for anybody who’s looking to have easy travel access to D.C.

This city also has historical significance going all the way back to the 17th century when it was established as a colonial settlement. You’ll find many historical landmarks throughout this city which make for an exciting way to explore the city.

With over 13,000 residents, this city is reputed for its low crime rate, the highest income average of over $120,000, and many historical attractions.

The median home value is about $260,000 whereas the average rent is as low as $1,200. This affordability doesn’t come at the cost of any important factors such as safety or quality of life. However, the only thing you’ll need to keep in mind is that this place tends to get quite lively and crowded since it’s a popular tourist destination as well.

If you’re looking for a place that isn’t as crowded and is incredibly serene, then Vienna is the place you need to check out. With a total population of about 16,000 touching its borders with D.C, Vienna is the perfect place that gives countryside vibes while still having short distance access to major metropolitan areas.

Although it looks like a small town place, the average household income is as high as $140,000 with the median home values going all the way up to $640,000.

With a population of 24,000 and great historical significance, Chantilly comes with famous attractions such as the Steven F. Udvar-Hazy Center all the while being affordable and serene. The median home value in this great place hovers around $450,000 and the crime rate is also one of the lowest in the state.

Virginia is no doubt one of the best places to move in and it’s very easy to get moving quotes online. This list helps you locate some of the most comfortable cities in Virginia so that you can see which one caters to your needs.