Following the massive explosion that rocked Beirut in Lebanon and killed nearly 150 people, Lebanese President Michel Aoun has asked France for help in investigating the cause(s) of the blast. Although the president suspects that the explosion may have been caused by a missile or bomb from Israeli warplanes, most experts believe it was caused by 2,750 tons of ammonium nitrate seized from a ship and stored in the nation’s port. 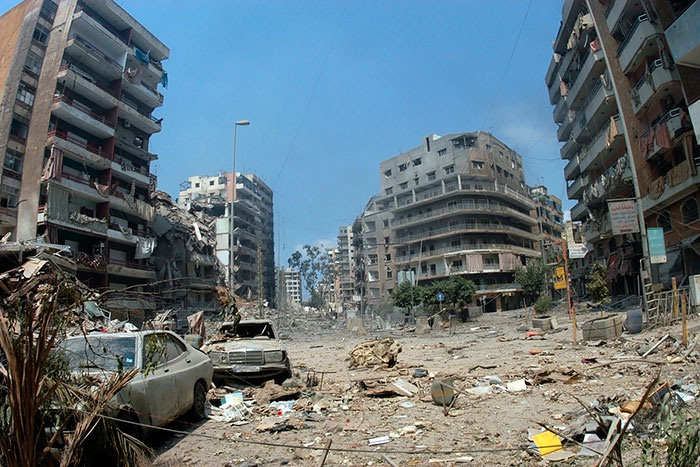 President Aoun has asked France to provide satellite images of Beirut at the time of the explosion on Tuesday and to see if missiles or warplanes can be detected in the air when the blast occurred. However, the president has also accepted the narrative that the blast was caused by a fire that ignited the stockpile of ammonium nitrate and absolved himself from any blames.

The government has blamed port and customs officials for the negligence that caused the chemical to explode and bring down a significant portion of the city. Authorities said the ammonium nitrate has been at the port since 2013, and Aoun who came to power in 2016 said he knows nothing about it. “The material had been there for seven years, since 2013. It has been there, and they said it is dangerous, and I am not responsible,” Aoun said.

The massive chemical stockpile came into the country in 2013 when a ship bound for Mozambique docked at the port in Lebanon. The former captain of the ship said the vessel had a Russian crew and it had stopped in Beirut to pick up more cargo. But the shipping company was facing bankruptcy and could not pay the port fees it was demanded to pay, leading to a legal dispute. Ultimately, the crew was detained for almost one year in the country before they were released and the cargo impounded and unloaded to the port.

The chief of customs at the port, Badri Daher, who has now been placed under arrest by Judge Ghassan Khoury, said he had been warning the government to evacuate the ammonium nitrate from the port over the years without success. President Aoun said he only got reports of the stockpile a few weeks back and had instructed the military and other security officials to evacuate it, but this was obviously not done until Tuesday’s explosions.

A former French colony, Lebanon has welcomed French investigators who are using drones and satellite imaging to determine the extent of the damage and to locate people trapped under rubbles for rescue. Experts said the scale of the explosion meant it had the force of least 500 tons of TNT behind it, and the carnage could be felt 100 miles away with hundreds of houses destroyed and thousands of people displaced.