China has fined Chinese tech giant Alibaba the sum of $2.8 billion for business activities that antitrust regulators said are monopolistic. Beijing said the online shopping giant had been depriving competitors of the chance to gain significant market share and thereby limiting the options to which consumers are open. Alibaba’s co-founder, Jack Ma, said his company will accept the penalty. 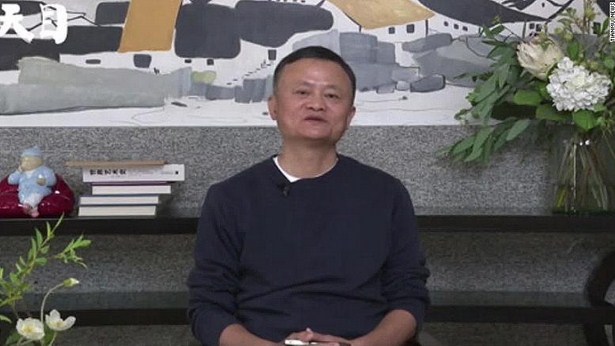 The State Administration for Market Regulation had been investigating Alibaba for antitrust activities for some time before coming up with the penalty. The huge fine is clearly sending a message that the government will also come after other major tech companies such as TenCent and Pinduoduo, given that Beijing had earlier slammed Baidu and Bytedance, owner of TikTok.

President Xi Jinping had made it clear in recent months that his government will begin to crack down on monopolistic enterprises in 2021, and the strict regulation of online companies is part of the economic drive to bring sanity to the country. Given that Jack Ma had often criticized the government in the past for its strict economic policies and unforgiving business regulations, it is surprising that the Alibaba founder accepted to pay the imposed fine without putting up a fight.

“Alibaba would not have achieved our growth without sound government regulation and service, and the critical oversight, tolerance, and support from all of our constituencies have been crucial to our development,” Ma said. “For this, we are full of gratitude and respect. It is not lost on us that today’s society has new expectations for platform companies, as we must assume more responsibilities as part of the nation’s economic and social development.”

Alibaba also stated that it will follow through with the fine out of sincerity and compliance while cooperating fully with investigators against antitrust activities. Given that Alibaba’s financial affiliate, the Ant Group, called off its planned IPO in November 2020 after Ma condemned the government for its oversight duties, the Alibaba founder has maintained a very low profile and been out of the public eye since then.

The Ant Group is the owner of Alipay, and the shelved IPO would have been the biggest ever in the world if it had gone through.

Meanwhile, Chinese regulators are also taking a look at TenCent to determine if the company had been engaging in monopolistic activities through its WeChat app. WeChat as a major social networking app in China is also the largest online payment platform – WeChat Pay – in the country and the owner of many successful mobile games.

TenCent said it is meeting with industry regulators to discuss the tech environment and how innovation could benefit everyone in a healthy manner.

“Tencent has had meetings with regulators on a regular basis, and this was a regular meeting,” the company said. “We discussed a broad range of topics, mainly focused on fostering innovation and creating a healthy environment for industry evolution. Tencent has always and will continue to conduct our operations in compliance with relevant laws and regulations.”